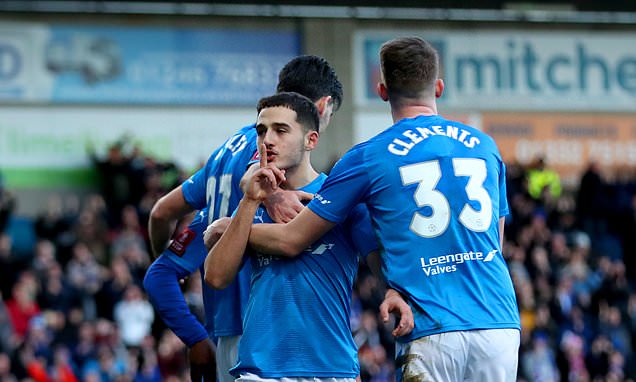 When Dobra, a former Albanian youth international, joined the Spireites from Ipswich at the start of the season, he was challenged with adding more goals to his tricky wing play. The 21-year-old has certainly done that with his goals powering the National League club’s run to a place in the fourth-round draw.

Dobra was at the double on Saturday as Chesterfield came within seconds of overturning a 66-place gap in the pyramid before the Championship club rescued a replay at The Hawthorns. 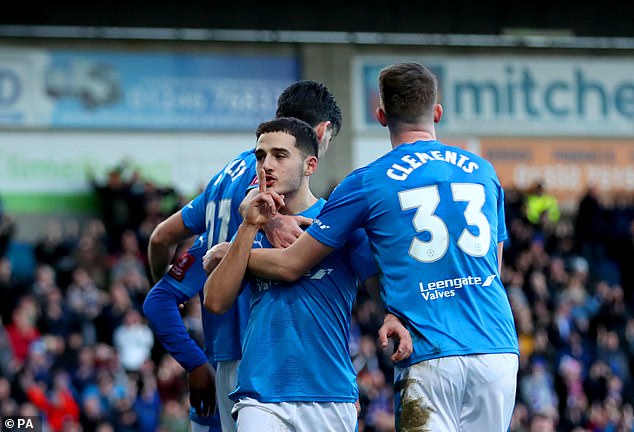 Brandon Thomas-Asante spared the Baggies from a giantkilling deep into stoppage time after they’d twice chucked away the lead to Paul Cook’s ferocious non-leaguers.

‘We dominated them for the whole game and they had three chances and scored three goals,’ said Dobra. ‘It takes just one lapse in concentration and these big teams, the higher up you go, one mistake and they can punish you and they did that.

‘We’re gutted we conceded so late but what can we do? We tried our best and we’ll go again.’

Dobra scored twice in five minutes at the end of the first-half to put Chesterfield, who were backed by a raucous sell-out crowd, 3-2 ahead. In doing so, the winger showed clinical finishing qualities in addition to speed and skill on the flanks. 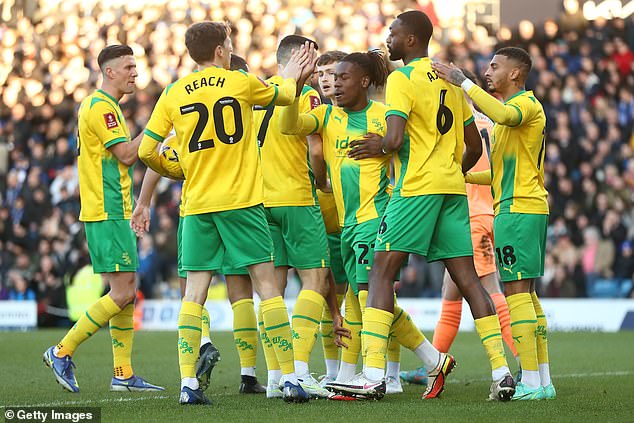 He came through the Ipswich academy and played multiple times for the League One club before moving down two divisions to Chesterfield.

Eligible for Albania through his father Lulzim, Dobra is hoping for a first senior call-up after playing 11 times for the under 21s.

Albania made their first appearance at a major tournament at Euro 2016 and will aim to be among the 24 qualifiers for the 2024 edition in Germany. 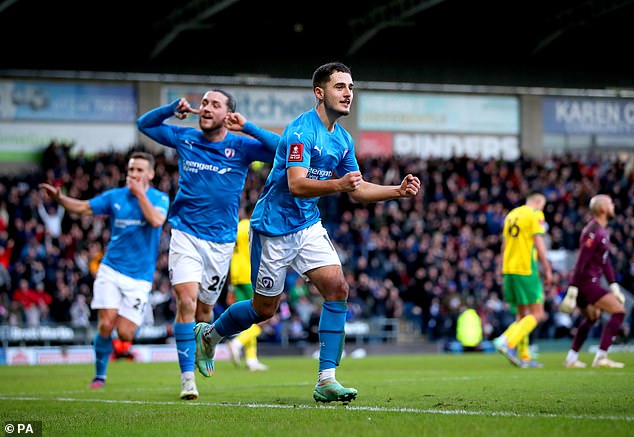 While the FA Cup offers Chesterfield great occasions such as this one, closing the gap to Notts County and Wrexham in the National League promotion race is the top priority.

After the sting of disappointment subsides here, focus will quickly shift to tomorrow’s trip to Wealdstone with a crunch top-of-the-table clash with Wrexham the week after now postponed because of the replay.

‘That is more important than this competition,’ said Dobra. ‘Of course we would like to get as far as possible but the most important thing is to try to get to the EFL.’ 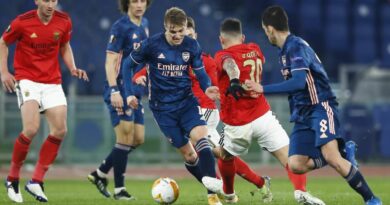