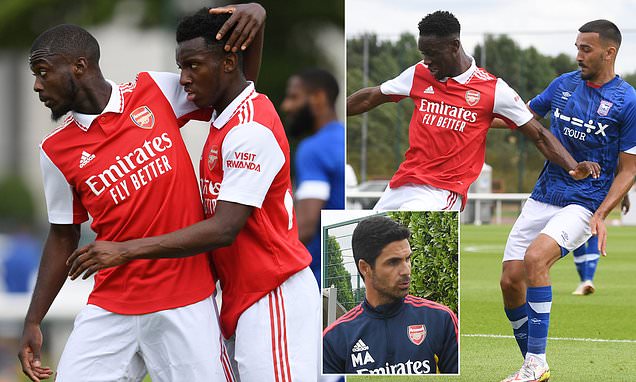 Arsenal kicked off their pre-season fixtures by thrashing the League One favourites in a behind-closed-doors friendly at London Colney, launched by Nketiah opening the scoring after 30 seconds when Ipswich lost possession in a dangerous area.

The striker, who ended lengthy speculation about his future by signing a new long-term deal less than two weeks ago, saw his header saved by goalkeeper Christian Walton before setting up a Sambi Lokonga strike. 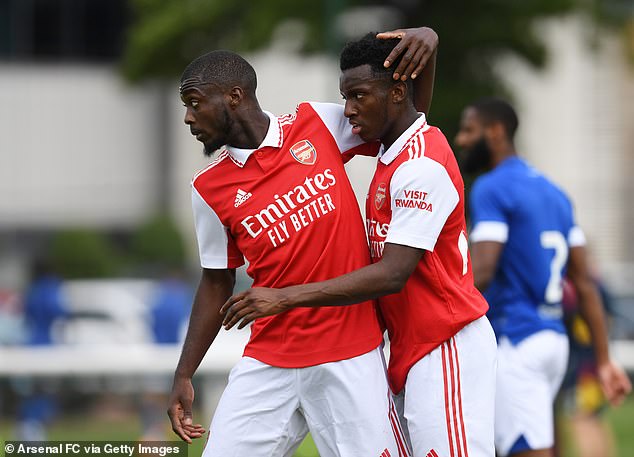 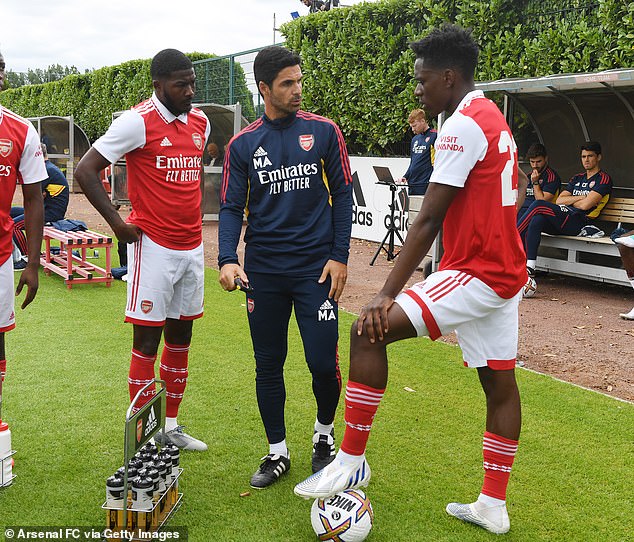 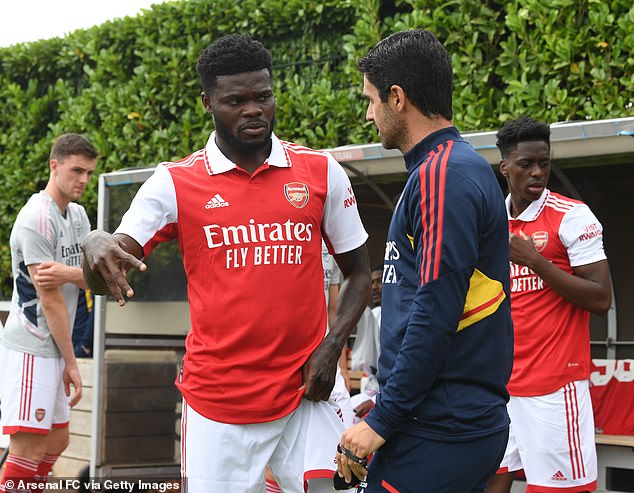 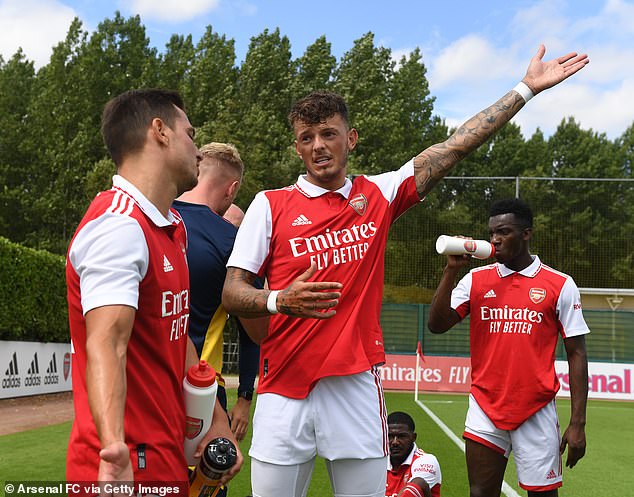 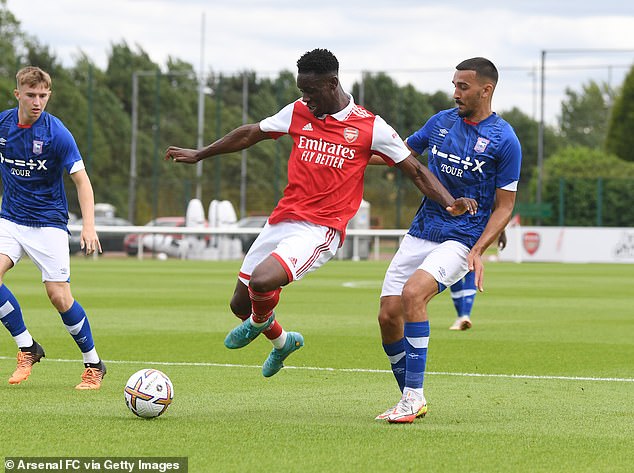 Folarin Balogun, who scored Arsenal’s fifth during the second half, threatens the Town defence

Nicolas Pepe went close with a curling effort but Nketiah stole the show, scoring twice in quick succession from close range to complete his hat-trick.

Manager Mikel Arteta was able to call upon players who have not been involved in recent international matches, introducing Folarin Balogun as he switched his entire side at the interval to give young players experience.

The 20-year-old England youth hotshot added the fifth after his initial shot had hit a post, marking his return from a loan spell at Middlesbrough spanning the second half of the 2022/23 season.

Arteta takes Arsenal to a training camp in Germany on Monday, ending with a game at Nurnberg on July 8.

Manchester City forward Gabriel Jesus is expected to have completed his £45m move to the Emirates Stadium by then. 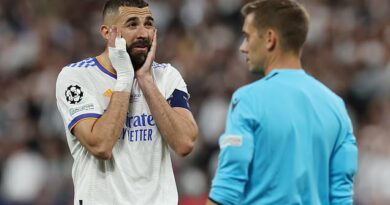