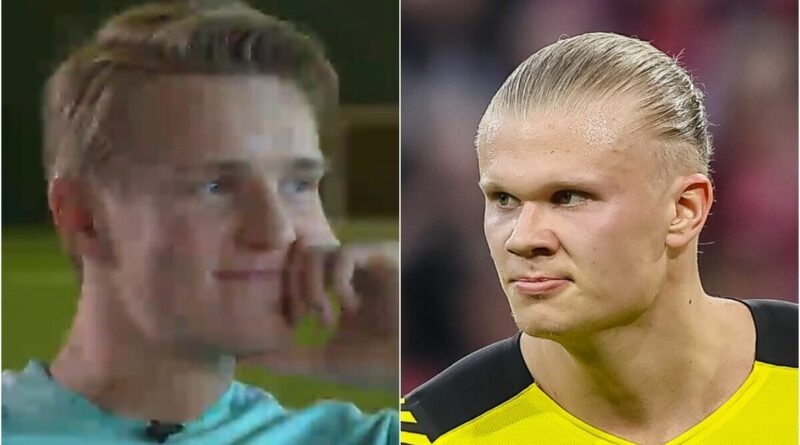 Martin Odegaard delivered a hopeful plea for his Norway team-mate, Erling Haaland, to snub transfer interest from across Europe and join up with him at Arsenal. Manchester City are considered favourites to sign the fearsome frontman from Borussia Dortmund this summer, and despite having a close relationship with Haaland, Odegaard kept his cards close to his chest on the star’s future.

Haaland is still just 21-years-old but has already established himself as one of the most feared strikers on the continent. Real Madrid and Man City are set to do battle in a few weeks’ time, with the striker’s exit from Borussia Dortmund deemed inevitable.

Arsenal are not believed to be in the mix for his highly-coveted signature, but that did not stop Odegaard hopefully trying his luck. The duo have spent the past three years as team-mates with the Norwegian national team, but the Gunners midfielder refused to spoil this summer’s surprise.

JUST IN: Arsenal face ‘paying over £84m’ for Serie A goal machine as star picks them over Newcastle

“We haven’t talked about [him potentially coming to the Premier League]. I know he has so many people trying to ask him and tell him what to do. I don’t what to do that so let’s see what happens. He is a beast, he’s strong and fast so I think he has everything. He can play in every league.”

A £63million release clause makes Haaland a hugely attractive transfer prospect, but not many clubs can afford the total outlay of the deal. Agent fees and wages are set to bump up the final bill significantly, but City and Madrid are seemingly willing to pay the price.

Both teams have been eyeing up the youngster for some time, but the Sky Blues are held to be leading the race for his signature given the fact that they have a ready-made vacancy in their squad. Madrid, meanwhile, have a rampant Karim Benzema already leading the line and a Kylian Mbappe transfer pursuit on the horizon.

Either way, it seems likely that Odegaard will be playing against his international team-mate rather than with him next season. The 23-year-old has 10 goal contributions this year and stepped up his performances massively since last season’s loan spell, stamping his authority on the attacking midfield spot. Some consider him to be one of the signings of the season at £30m.

Although Haaland may be out of reach, other strikers are believed to be in the Gunners’ crosshairs. The Dortmund hitman’s arrival at the Etihad could pave the way for Gabriel Jesus to head for the exit door, and Arsenal have reportedly made him a top target.

Others are available too, and contact has supposedly been made with the entourage of Napoli striker Victor Osimhen. Mikel Arteta and co may also choose to reignite transfer interest in the likes of Marcus Thuram, Alexander Isak and Jonathan David this summer, with the threat of an attacking exodus looming over the Emirates. 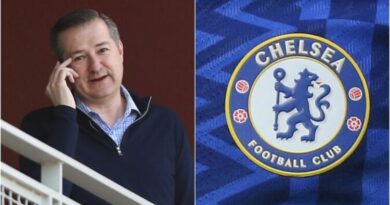