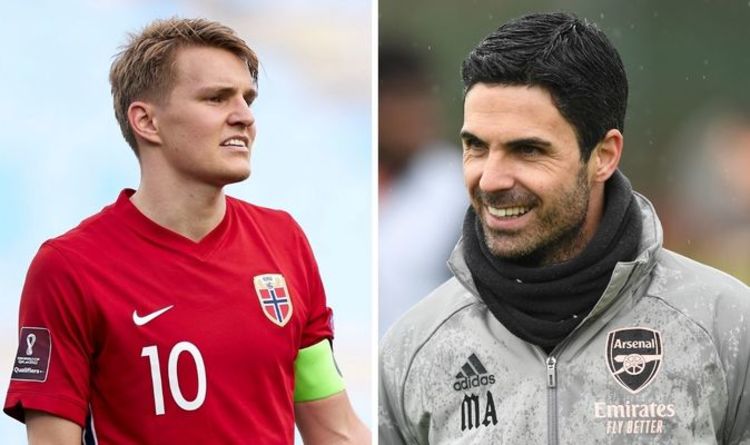 Arsenal have reportedly convinced Martin Odegaard that north London is where he wants to stay beyond this summer. But while Odegaard could well join the Gunners on a permanent basis at the end of the season, Alexandre Lacazette could well leave as Express Sport brings you the latest Gunners news.

Martin Odegaard has reportedly made it clear to people close to him that he wants to join Arsenal on a permanent basis this summer.

The Gunners have been hugely impressed by Odegaard’s impact at the Emirates since his arrival on loan from Real Madrid in January.

He scored in the recent 2-1 win over rivals Tottenham and has made the No 10 position his own in Mikel Arteta’s starting line-up.

When Odegaard first joined Arsenal, the midfielder had indicated that his desire was to return to Real at the end of the season to fight for his place at the Bernabeu.

JUST IN: How Arsenal could line up if they sign Nabil Fekir over Odegaard 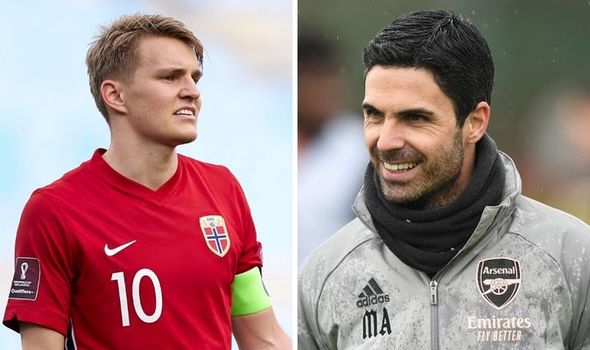 Arsenal want to keep Odegaard and it now seems that the Norway international shares the same view of wanting to be in north London on a permanent basis.

According to Football London, Odegaard wants to stay at Arsenal having been particularly impressed by Arteta’s approach.

But he won’t be pushing for a transfer request, meaning Arsenal will have to put together a suitable offer to test Real’s resolve.

Roma are considering an approach for Alexandre Lacazette in the summer transfer window, according to reports.

Lacazette will enter the final year of his contract this summer with no suggestion that he will be offered an extension.

And Corriere Dello Sport claim Roma are interested in signing the Frenchman this summer.

Mauro Icardi is said to be their ideal target, but Lacazette would be a cheaper alternative for the Serie A side. 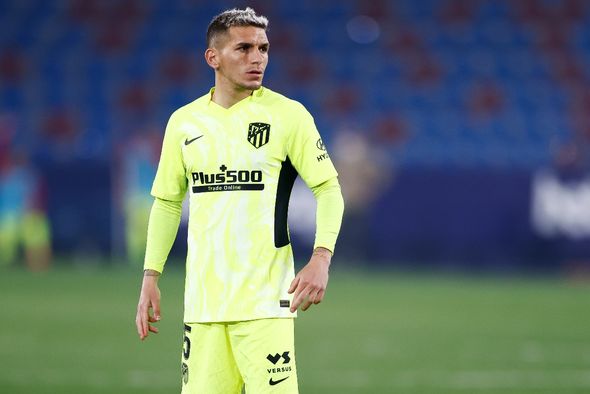 Lucas Torreira reportedly wants assurances on regular football should he return to Arsenal this summer.

The midfielder has been on loan at Atletico Madrid this season, but has struggled to impress under Diego Simeone.

And The Athletic claim that Torreira is ‘happy’ to return to the Emirates, but only if he is guaranteed regular minutes.

Arteta has a number of decision to make on players such as Mohamed Elneny, Joe Willock and the on-loan Dani Ceballos. 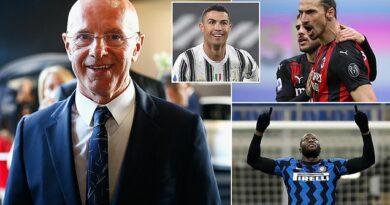 Arrigo Sacchi casts his eye over the Serie A title tussle