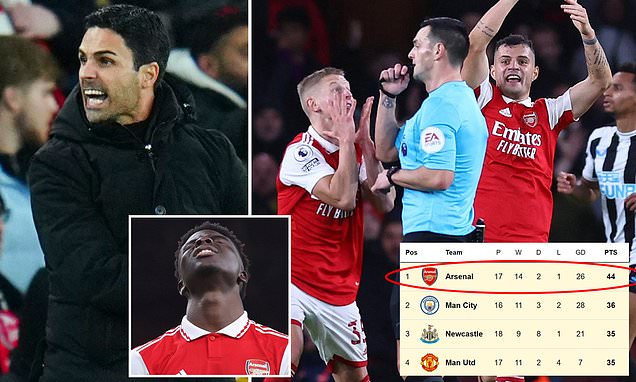 Losing their heads in 0-0 draw with Newcastle showed Arsenal ARE feeling the pressure of being top of the table… but with Tottenham, Man United and Man City to come, Mikel Arteta must hold his nerve for five game run that could define their season

Mikel Arteta lost it. Arsenal’s players lost it. And yet, the Premier League leaders didn’t lose this game.

They drew 0-0 and getting a point out of Eddie Howe’s Newcastle United is perfectly fine. It is more than Arsenal’s London neighbours Chelsea and Tottenham Hotspur got out of them.

Yet towards the end of this draw at the Emirates Stadium, the behaviour of Arteta and his team showed the pressure they are feeling at the top of the Premier League. 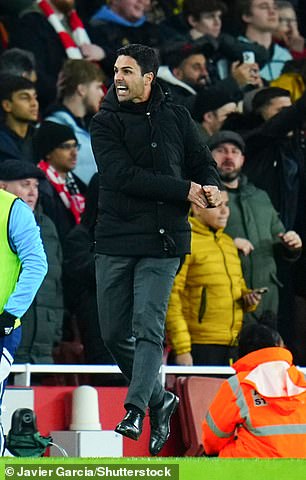 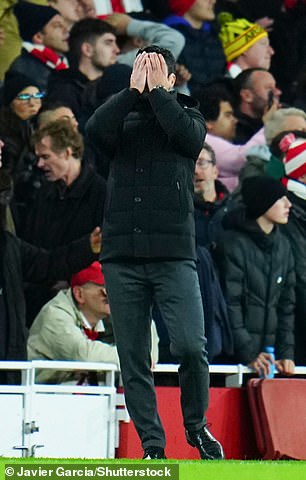 Mikel Arteta cut a fraught, agitated figure on the touchline in Arsenal’s draw to Newcastle 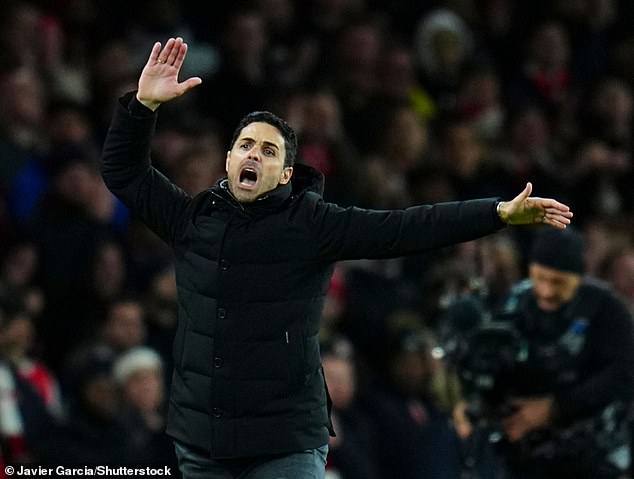 In their desperation to win, they lost control. In the technical area Arteta acted like a child being denied a chocolate bar by his mum at the tills, stomping and screaming.

On the field, Granit Xhaka, Oleksandr Zinchenko and Co all surrounded referee Andrew Madley. There was no calmness. Only chaos as Arsenal insisted they were being robbed of a result.

The reason for their anger was a potential penalty in stoppage time. Xhaka’s cross had been blocked by Jacob Murphy and television replays showed the ball struck the Newcastle player’s arm.

But let’s be honest, there is no conspiracy here. Nor is there a gross injustice because any reasonable football fan could see this was not a penalty, despite Arsenal’s angry protests.

Murphy’s arm had to go somewhere. It wasn’t outstretched or being used to make himself bigger. It was tucked in by his body as he slid to block the cross. The ball hit him, but Madley and VAR Stuart Attwell did well not to cave to the pressure. 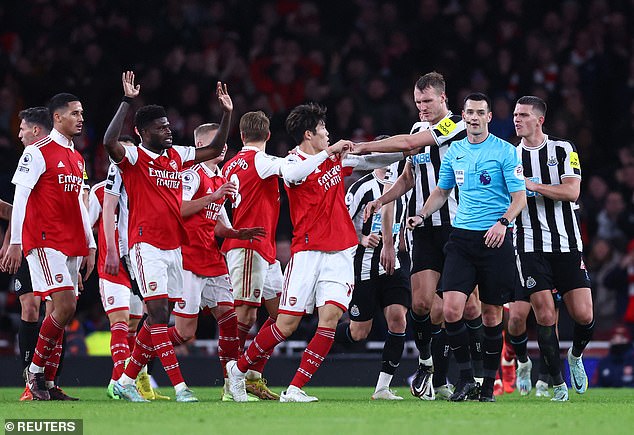 Arsenal’s anger was amplified because of what had happened earlier, of course. They should have been awarded a penalty for Dan Burn’s pullback on Gabriel. That was a clear foul missed by Madley, and Attwell will likely be told by his PGMOL bosses that he committed an error.

Arteta afterwards said Arsenal were denied two ‘scandalous’ penalties. The Burn one? Absolutely. The Murphy one? Not so much.

Yet Arteta and his players’ anger towards the officials stood out. That has become an eyesore in the Premier League. Arsenal are not the only ones to have vented their fury. They’re merely the latest club to do so. 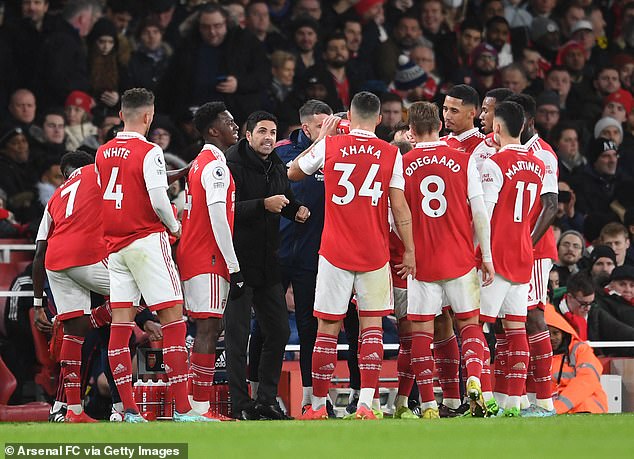 They face Tottenham, Manchester United and Manchester City in three of the next five games

Maybe they can use the ‘us against the world’ mentality to their advantage. But given what’s to come, it may be more beneficial for Arsenal to stay composed in the face of controversy.

Their next five fixtures read: Tottenham (a), Manchester United (h), Everton (a), Brentford (h) and Manchester City (h). It is a run that could define Arsenal’s season.

Tottenham – a north London derby that Antonio Conte wants to use to resurrect their season. Manchester United – another tricky test against a top-four contender. Everton – who knows, they might have a new manager by then. Brentford – Thomas Frank’s team are in rich form. Manchester City – need we say more about the importance of this showdown with Pep Guardiola’s side? 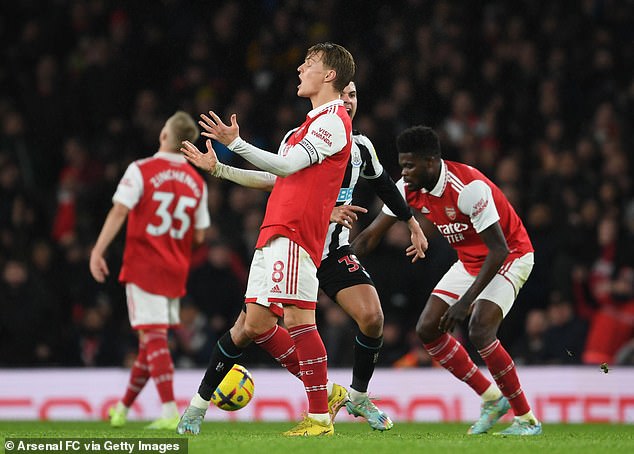 Creating chaos will hinder Arsenal, not help them, so they need cool heads in this title race

If those games don’t go Arsenal’s way, if Arteta feels decisions are going against them, will they react like they did on Tuesday? That was a good draw against Howe’s Newcastle.

Maybe Arsenal could have taken more from the match. Perhaps Madley and Attwell ought to have awarded them a penalty, certainly for Burn’s shirt pull on Gabriel.

But now is a time when Arsenal would benefit from staying calm instead of creating chaos. 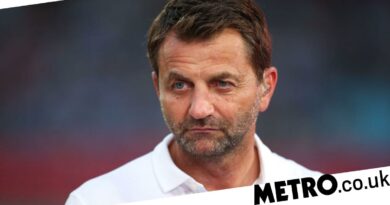 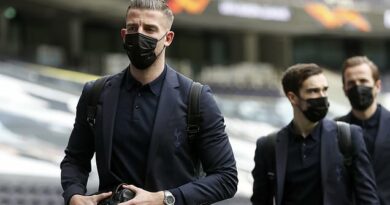