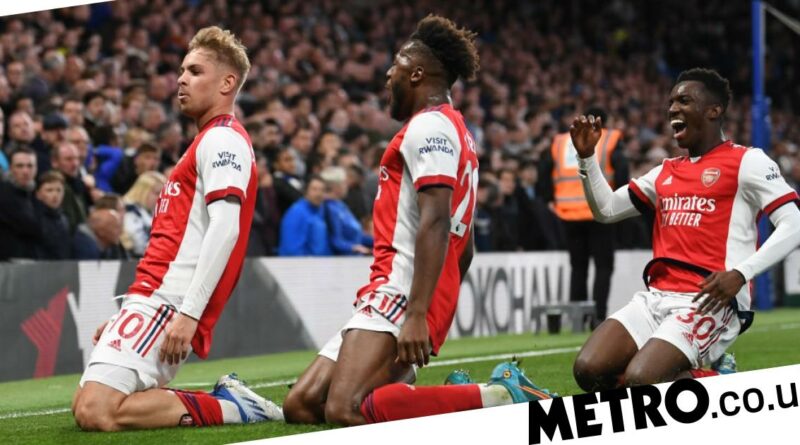 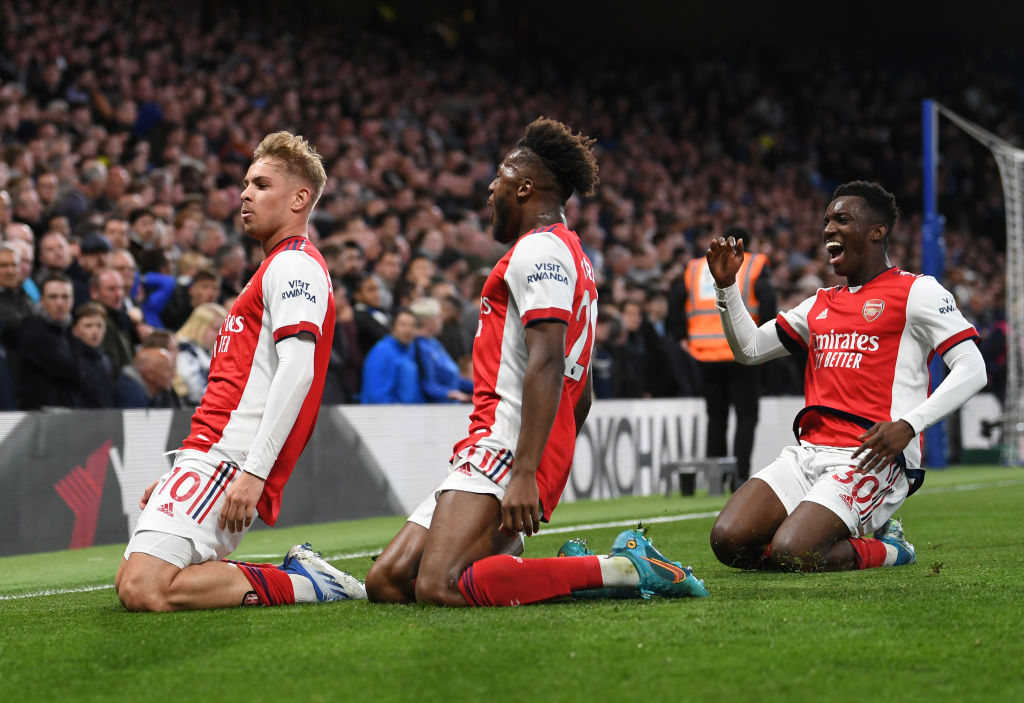 Arsenal gave their Champions League hopes a significant boost with a memorable 4-2 win away at Chelsea in the Premier League on Wednesday night.

The Gunners had lost three games on the spin before the trip to Stamford Bridge but ended that run in style at the home of the European champions.

An Eddie Nketiah brace, a strike from Emile Smith Rowe and late penalty from Bukayo Saka won the points for Mikel Arteta’s men, while Timo Werner and Cesar Azpilicueta’s goals could do nothing for the Blues.

Arsenal remain fifth despite the win, but go level on points with Tottenham in fourth, behind on goal difference by eight.

Chelsea remain third, where they seem destined to finish this season, five points ahead of Spurs with a game in hand.

It was hard to know what to expect from this game but few would have predicted the goal-fest that emerged.

It was Arsenal that took a surprise lead just 13 minutes into the contest as Andreas Christensen completely fluffed his lines and allowed Nketiah to run in on goal, and despite not scoring all season beforehand, coolly finish past Edouard Mendy.

The lead lasted just four minutes as the in-form Werner scored something of a fortunate goal as his tame-looking effort took a significant deflection and bobbled past Aaron Ramsdale.

The thrilling first half was all-action, though, and the Gunners were back ahead 10 minutes later as Emile Smith Rowe finished off a sweeping counter-attack, expertly finishing a well-weighted pass from Martin Odegaard.

It was a strange foul from Azpilicueta on Saka, with the Chelsea man feeling he was being dragged down himself, but the referee and VAR decided it was a penalty.

Chelsea were left outraged at the decision to award a penalty. pic.twitter.com/0sUdWUlxES