Arsenal boss Mikel Arteta has warned the club cannot afford to slip further behind their rivals in response to a question about Chelsea closing in on Timo Werner.

Chelsea are expected to complete a £53million deal for Werner in the coming days.

The transfer follows the imminent arrival of Hakim Ziyech from Ajax and puts Chelsea in a strong position heading into next season.

In contrast, Arsenal have little money to spend this summer and may need to sell captain Pierre-Emerick Aubameyang if they want to make any additions.

Ahead of the Premier League restart, Arsenal sit in ninth place, 42 points behind champions-elect Liverpool.

JUST IN: Could Roger Federer follow his idol Michael Jordan and turn 2021 into his own ‘Last Dance’ 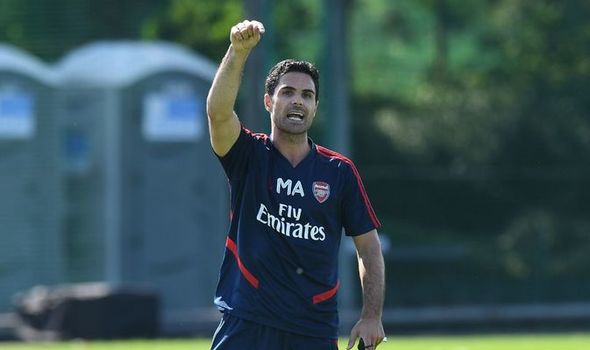 From their days of regularly finishing in the top four, Arsenal have declined in recent years and are battling to regain their place amongst the elite.

Speaking ahead of tonight’s match with Manchester City, Arteta was asked whether Chelsea’s move for a Werner concerns him given Arsenal’s lack of funds.

And the Spaniard gave a strong response, insisting he will not accept Arsenal not moving forward.

“Well let’s see, we’re trying to put a plan together to improve what we have,” he said. 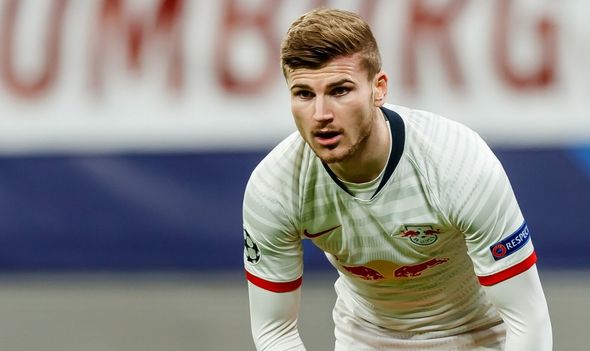 “We haven’t been able to do or achieve the results we wanted in the last three years.

“There’s a reason behind it and if we stand still obviously that gap will get bigger and bigger.

“And I haven’t come here to accept or to do that.

“The challenge for all of us, is first of all to improve the players that we have and find the ways to improve the squad in the right positions in order to give us the best possible chance and tools that we need to compete at that level which is getting higher and higher every year.”

Arteta makes his first return to the Etihad since leaving City in December for the Arsenal job and after three years working with Pep Guardiola, he had nothing but praise for his compatriot.

“He was an influence for me since I was 15 years old and we met at Barcelona, both as players,” Arteta said.

“In my coaching career and my personal life, he has an enormous influence. If I have to talk about the person he is, his values, the way he has treated me and how he deals with the players and the staff around him, it’s phenomenal.

“As a coach, I have learned so much from him, we have spent some amazing moments together, some difficult ones as well, but the experience next to him has been incredible.”

'What the f***? I'm not a clown. I'm not here to entertain people' – Robbie Keane in explosive interview 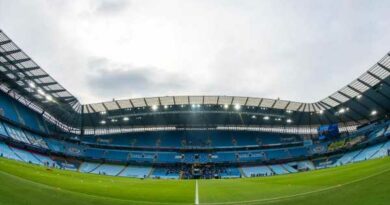