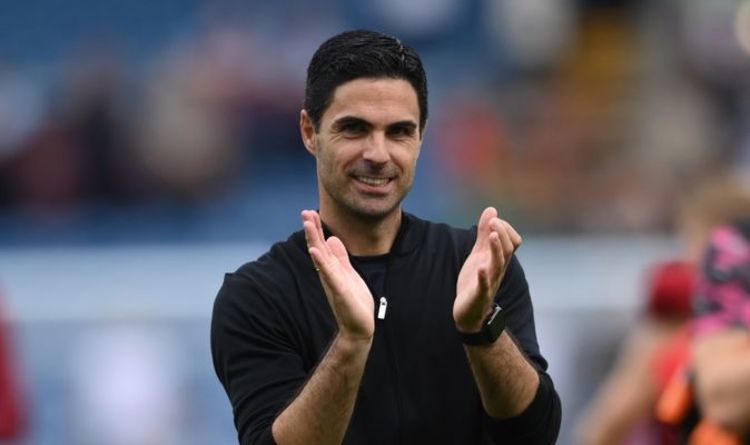 Arsenal boss Mikel Arteta has been told he has two undroppable stars following the Gunners’ upturn in form. Arteta heads into next weekend’s north London derby clash with Tottenham having improved the club’s Premier League results.

The Spaniard’s side earned their maiden top-flight win of the 2021-22 season against Norwich City two weeks ago. Pierre-Emerick Aubameyang’s goal earned a 1-0 win.

A win by the same scoreline against Burnley has elevated Arsenal onto six points and has eased the stress placed upon Arteta. Martin Odegaard’s free kick was the only goal in a tight affair.

Arteta has used Gabriel Magalhaes and Ben White as his centre-back partnership for those to fixtures and the pair have performed well.

They have earned Arsenal their first two clean sheets of the season.

Former Liverpool and Fulham midfielder Danny Murphy believes Arteta should settle on playing Gabriel and White as his regular pairing.

“Gabriel, I have always been a big fan of,” Murphy told talkSPORT.

“Him next to Ben White, I think, will be the partnership moving forward, if those two can stay fit.”

Gabriel was particularly excellent against Burnley. The Brazilian could be seen constantly barking orders to his team-mates.

He gave Nicolas Pepe a dressing down late on after the Ivory Coast international failed to track back to help Arsenal hold onto their lead.

It is evidence that Arteta could have another leader developing his squad, following frequent criticism that his side lacks strong personalities.

England international White also performed well but was involved in one shaky moment. His poor backpass led to Aaron Ramsdale bringing down Chris Wood, with an initial penalty award overturned by VAR.

Arteta was asked about the performances of Gabriel and of new signing Takehiro Tomiyasu after the game.

The latter was making his second appearance for the club following his transfer deadline day move from Bologna.

“Both of them, I think they were really terrific,” Arteta told reporters after the game.

“I think the back four in general was really solid. We didn’t concede much, even though they put us under pressure. I thought they were really good.

Asked if Gabriel was a big miss in Arsenal’s first few fixtures, the Spaniard responded: “Yes but we didn’t have him, so we don’t know how much we missed him.

“We know that he’s a player with an incredible future and is already giving us a lot. He has adapted really well to the league. That’s why we signed him. He is stepping in, his language is much better and he can coach and communicate much better with his teammates.

“He understands what we want and I don’t think it gets much harder than playing here in the Premier League. He was terrific today.”