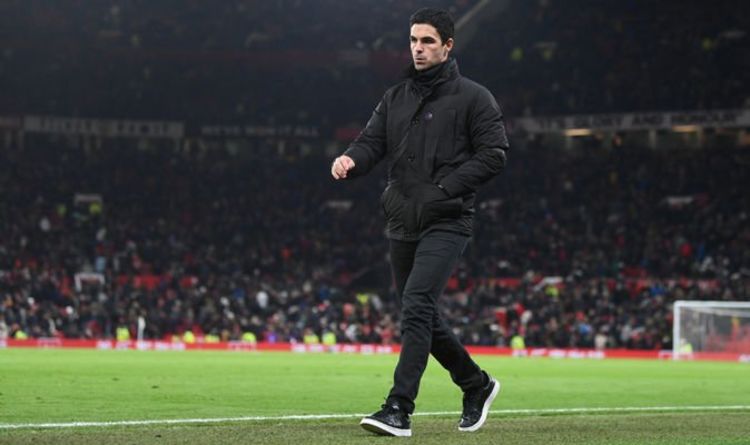 Arsenal icon Kevin Campbell has urged Mikel Arteta to drop Pierre-Emerick Aubameyang following another dismal display from the forward on Thursday night. Aubameyang looked lacklustre throughout as the Gunners were defeated 3-2 by Manchester United in the Premier League.

Aubameyang has appeared some way off his best this campaign and has only scored four Premier League goals all season.

Crucially, just one of those strikes has come against one of the so-called big six, with the Gabon international looking off the pace against the better sides.

Aubameyang opened his account against Norwich in September and also found the back of the net against north London rivals Tottenham two weeks later.

But since then, he has only been able to notch against Crystal Palace and Aston Villa and has blanked in his last five matches.

Arsenal have struggled for goals at times this season and, according to Campbell, Aubameyang doesn’t look capable of producing the goods.

“It’s just not happening for him, is it,” Campbell told Highbury Squad.

“It might be time for him to come out the team. No matter what he does, what he tries, it’s not happening. It seems like we’re carrying him.

Arsenal took the lead at Old Trafford as Emile Smith Rowe struck from the edge of the box while David de Gea was lying on the ground with his back to play.

VAR showed that the keeper had collided with team-mate Fred and the goal was rightly allowed to stand.

United came back into the game and levelled when Bruno Fernandes fired home before the interval.

And Cristiano Ronaldo gave the hosts the lead seven minutes after the break before Martin Odegaard equalised moments later in an enthralling contest.

But Odegaard went from hero to zero as he fouled Fred to give away a penalty with 20 minutes remaining.

And Ronaldo made no mistake with his spot-kick as United won for just the second time in nine Premier League outings.

The defeat for Arsenal means they are still 10 points being league leaders Chelsea with over a third of the season gone.

The Gunners also missed the chance to break into the top four at Old Trafford, with the result leaving Arteta’s side one point behind West Ham in fifth.

Arsenal travel to Everton on Monday night and Arteta knows he must get more from his main man Aubameyang if the Gunners are to taste glory on Merseyside. 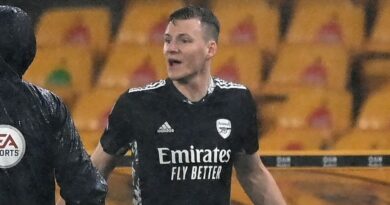