‘We want to write a new history’: Arsenal boss Unai Emery bullish ahead of clash with unbeaten Liverpool

Unai Emery believes a win against Liverpool would send a strong message to the Premier League’s top four.

Arsenal take on Liverpool at the Emirates Stadium on Saturday evening and a win could move them up to third place.

Arsenal’s only two defeats this season have come against teams in the top six — Manchester City and Chelsea — and Emery says his side would be viewed differently if they beat second-placed Liverpool. 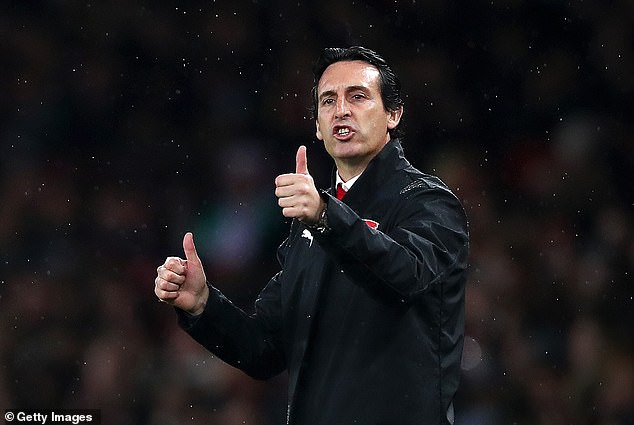 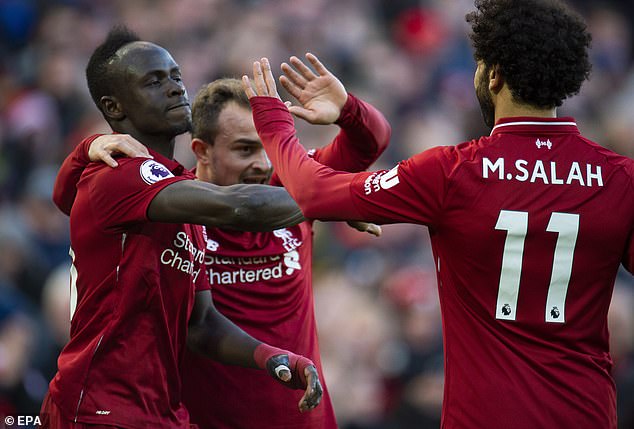 He said: ‘We want to write a new history. The new history is in the present and also, with our players, our quality and our capacity, I believe in my players and this project.

‘We are starting this project with a very positive way with what we are doing. We are in our mentality that we also need to improve things but each match they are giving us a lot of information for improvement and development and I trust in my players.’

Emery also believes his players have learned from the defeats by City and Chelsea, adding that he also has more trust in them than he did at the start of the campaign.

‘These two matches are so far and also so close,’ he said. ‘Tomorrow is similar because Manchester City, Chelsea and Liverpool are in front of us in the table and now we want to compete against them and this test is very important but I trust in our players. I trust in our way. 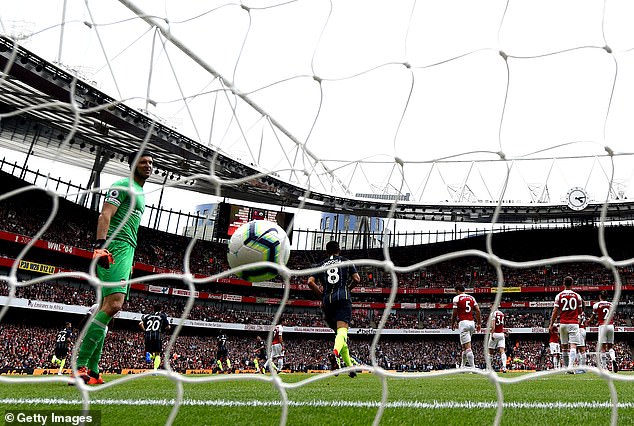 Arsenal have suffered two defeats so far this season, including one to Manchester City

Emery is respectful, however, of what Liverpool have achieved under Jurgen Klopp.

He feels Klopp’s model at Liverpool is one that others, including Arsenal, should be following.

Emery added: ‘With Klopp and with signing new players in the last year and this team three seasons ago, they were playing in the final in the Europa League.

‘Their development was to last season play the final in the Champions League. Now, for us, it’s a good, big example for how you can improve also in your way.

‘We have a lot of respect for them also. I think we can play against them with our performance and also with our possibility and with our spirit, to show every supporter that we are here also.’ 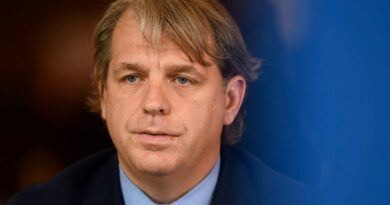 Who is on the shortlist to buy Chelsea? Takeover latest as potential new owners narrowed down