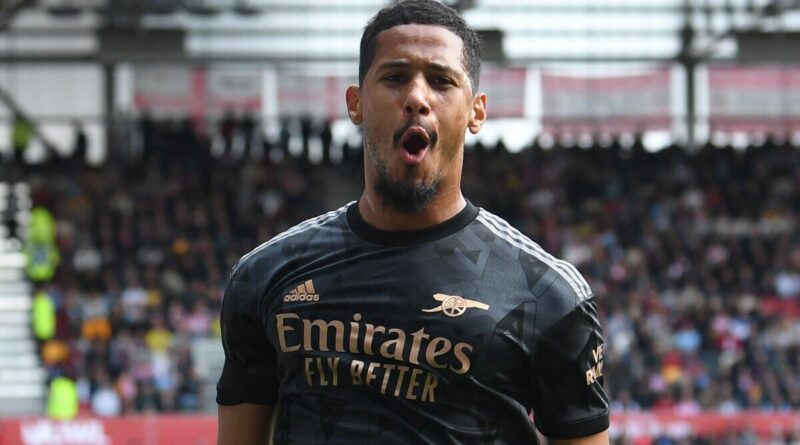 Arsenal seem like the early contenders to go closest to challenging Manchester City for the Premier League title. The Gunners remain top of the table following Sunday’s comfortable 3-0 romp over Brentford. Mikel Arteta has developed a talented squad and Express Sport picks out four players who could be key if the North Londoners are to maintain a title charge.

If there was a face for the proverbial ‘like a new signing’ cliche, then it is surely William Saliba. The Frenchman has finally been given a chance after three loan spells, and has already become one of the best centre-backs in the Premier League.

Saliba scored the opening goal in Sunday’s victory against Brentford, glancing a near-post header in via the post. It comes after his wonderful left-footed strike against Bournemouth in August.

The 21-year-old dominated the in-form Ivan Toney – no mean feat against a striker who has recently earned his first England call-up. Saliba has ultimately taken Arsenal’s back four to the next level and that could be crucial in a title battle. 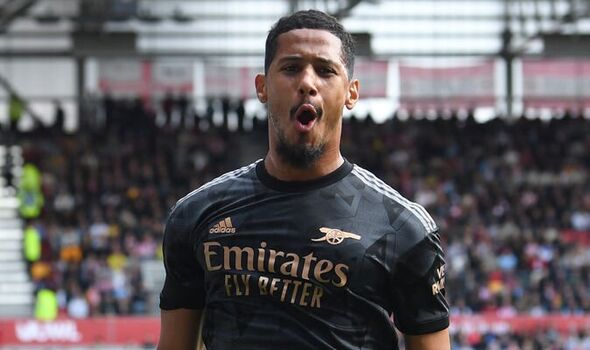 One of Arsenal’s major downfalls in their failure to qualify for the CHampions League last season was their attacking output. Alexandre Lacazette scored just four Premier League goals, while Eddie Nketiah lacked the consistent quality to be the No 9 for a club harbouring top-four ambitions.

Enter Gabriel Jesus, who like Saliba has taken Arsenal to a new level in his department. The Brazilian has now matched Lacazette’s top-flight tally from last season and will surely waltz his way towards double figures in an Arsenal team that creates chances galore.

Jesus’ quality was clear when the 25-year-old starred for Manchester City, but he is now the main man at Arsenal and is thriving as a result. His clever header from Granit Xhaka’s cross put daylight between the Gunners and Brentford. His ability to score all types of goals is a real asset to Arteta. 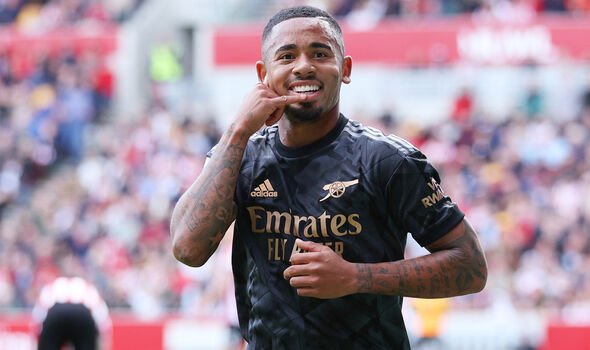 It was not long ago that Granit Xhaka was the lightning rod for the Arsenal boo boys. The Swiss was closing in on a move to Roma in the summer of 2021 but that transfer did not materialise.

Ever since, Xhaka has become a key player for Arsenal and is now loved by the supporters. Serenaded by the away section with a chant to the tune of the Dave Clarke Five’s Glad All Over, the 29-year-old produced one of his best performances in a Gunners shirt against Brentford.

Arsenal’s midfield has often been criticised for being weak in nature and lacking a driving-force figure. Xhaka, now in his prime, has fully taken on that role under Arteta. 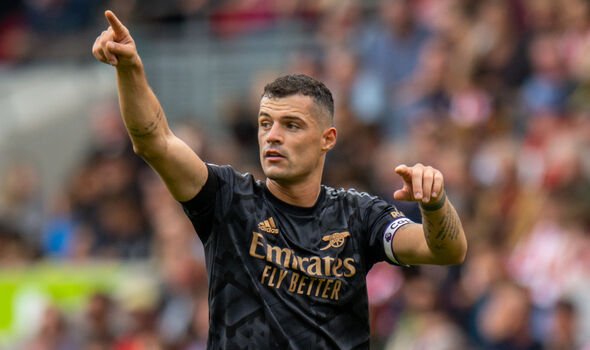 Every successful Premier League club has an excellent young player who excites fans. Saka has not quite been at his best this season but is clearly that man at Arsenal.

The 21-year-old grabbed two assists against Brentford. The first was a delightful corner delivery for Saliba’s header, and the second was a pass for Fabio Vieira’s wonderstrike.

Saka will hope to keep improving on his attacking output – having scored 12 times and provided seven assists across all competitions last season. 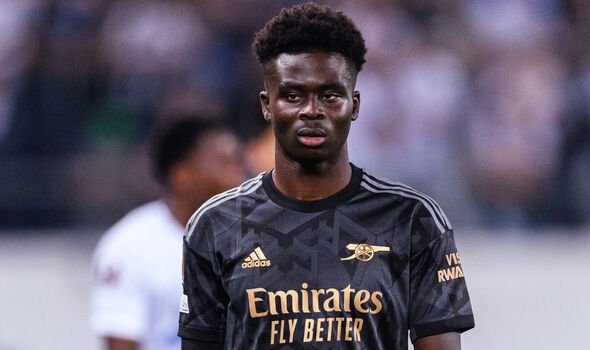