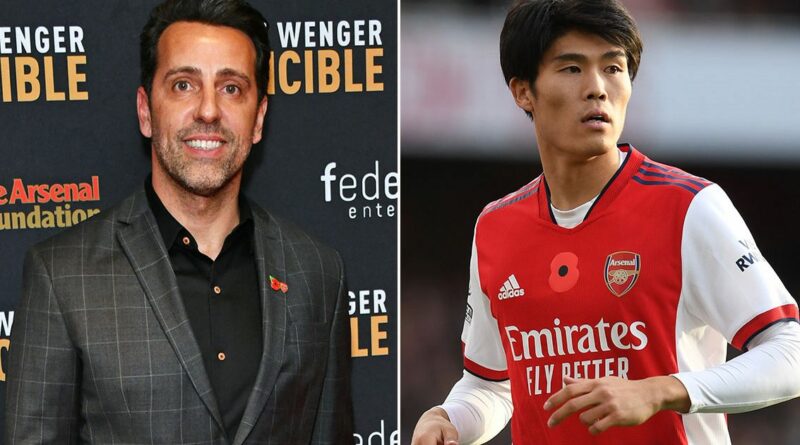 Technical director Edu is understood to be looking to strengthen Arsenal’s midfield in the coming window.

The side only have Albert Sambi Lokonga, Thomas Partey, Ainsley Maitland-Niles and Mohamed Elneny to rely on, having lost Granit Xhaka to a three month-long injury and set to lose Partey and Elneny for AFCON in January.

And according to Il Resto del Carlino, the Gunners are interested in signing midfielder Mattias Svanberg from Bologna, who they successfully bought Takehiro Tomiyasu from in the summer.

Svanberg, 22, has reportedly attracted attention from the likes of Inter, AC Milan and Napoli due to his impressive performances in central-midfield, having also scored two and assisted one so far this season.

The Swedish international is valued at £10.8million which is considerably low if Arsenal deem him good enough to challenge their current selection of midfielders for a starting position.

Edu will have two major advantages in signing the midfielder, the first being that the Gunners already have a good relationship with the Serie A club after the transfer of Tomiyasu.

Do you think Arsenal need to buy an additional midfielder in January? Let us know in the comments section.

The Japanese right-back’s arrival has proved a revelation for Mikel Arteta’s side this season to an extent which many would not have predicted.

Tomiyasu is currently undefeated in all eight games he has featured in for the Gunners, which may have given Edu something to think about in terms of signing players from the Italian league.

With the defender currently flying high in the Premier League, Arsenal will have the benefit of Tomiyasu being able to convince his former teammate to join.

The pair played together for two seasons, guiding Bologna to consecutive mid-table finishes between 2019 and 2021.

Bologna currently sit ninth in Serie A and Svanberg could be tempted by the allure of representing a stronger side, living in London and benefitting from the greater wages Arsenal can offer.