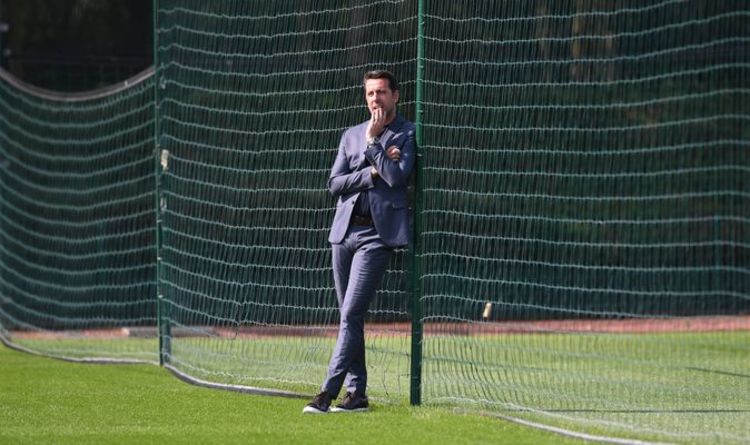 Arsenal technical director Edu can have nowhere to hide after his latest transfer mistake was made clear. The Brazilian has come under increasing pressure, having built a squad that could only finish eighth in the Premier League last season.

The Gunners attempted to revamp their squad over the summer transfer window, making five new signings.

But the pressure continued to ramp up on Edu and Arsenal boss Mikel Arteta after they lost their opening three games of the season to lie bottom of the table at the first international break.

They have since managed to get their campaign back on track with wins against Burnley and Norwich City.

But a clear problem for the Gunners is an increasing inability to hit the back of the net, with Arteta’s men among the Premier League’s lowest scorers.

In fact, their only league goals have come in their two wins, though they were only able to score twice combined against anticipated strugglers Norwich and Burnley.

JUST IN: Arsenal boss Mikel Arteta given headache for derby clash vs Tottenham

It was an issue that had been seen for some time, with Alexandre Lacazette and Pierre-Emerick Aubameyang also struggling to score last season.

In an effort to rectify that problem, Edu had attempted to bring in a striker as the sixth new face of the summer window.

The man he identified as the solution to their goalscoring problems was Tammy Abraham, who was available having fallen out of favour at Chelsea.

The Englishman had been a key player under Frank Lampard, helping to fire the Blues to the FA Cup final in Lampard’s first season.

But once he was sacked, Abraham struggled to make the same impression on Thomas Tuchel, despite scoring 12 goals in the first half of the season.

With Chelsea signing Romelu Lukaku, Abraham was put on the market having fallen even further down the pecking order.

Arsenal were interested in signing him, but failed to firm up that interest, allowing Roma to swoop in and complete a £34million move for the striker.

Edu’s monumental error in failing to pursue a move for Abraham has now been made abundantly clear by his performances in Serie A.

He made a breathtaking start to his Roma career by notching two assists on his debut in a 3-1 win over Fiorentina.

He has also got on the scoresheet himself, scoring three goals in all competitions, including two in Serie A.

That has helped Roma to a position in the top four, with Jose Mourinho’s side losing just once with Abraham on the pitch.

Arsenal have clearly been missing a striker in the form of Abraham this season, with Edu left with nowhere to hide following his failure to sign him.
Source: Read Full Article 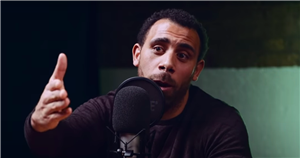 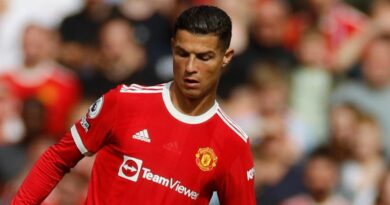