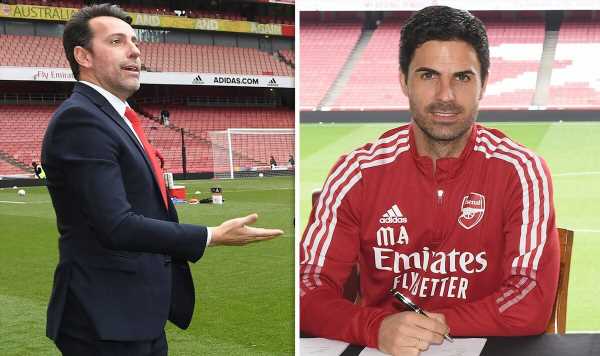 Edu claims Arsenal are set for a “big summer again” following the news of Mikel Arteta’s new contract. Arsenal were the biggest spenders in the Premier League last summer and the club’s technical director has promised to deliver another major window of business.

Arteta has committed his future to the Gunners until the end of the 2024/25 season. He had just over 12 months remaining on his previous deal.

Arsenal are fourth in the Premier League table as they aim to qualify for the Champions League for the first time in six years. A striker is likely to be on the agenda in the upcoming transfer window.

And Edu is delighted to have Arteta alongside him as he goes in search of new signings. Reacting to the news of the new deal, Edu told the Arsenal website: “I think the timing is perfect. I really believe the message will be a big lift to everyone. To the fans, to the club, to the players, to Mikel.

Arsenal also announced a new deal for Jonas Eidevall, their Women’s manager, until the end of the 2023/24 season. The Women’s team are second in the WSL heading into the final match of the season this weekend and can still finish above defending champions Chelsea.

Chief executive Vinai Venkatesham says both deals are evident the club is heading in the right direction. He said: “The ambition of this football club is simple, and it comes from the owners down.

“This football club needs to be competing for the biggest trophies in the game, in Europe and in England on the men’s side and on the women’s side. That’s where we want to get to, we know we’re not there yet, but we’re moving towards that goal.

“I’m hoping everyone can see the progress that we’re starting to make against that goal. Today is a really, really important day because Mikel and Jonas recommitting here to us, to Arsenal, to the project and to the journey.

“There’s a long way to go and a lot of hard work ahead, but with Mikel and Jonas, we’re convinced we have the right people surrounded by the teams around them that can help us get there.” 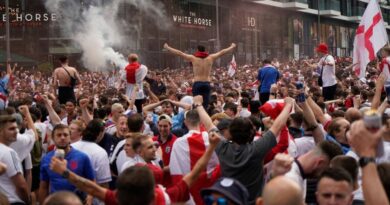