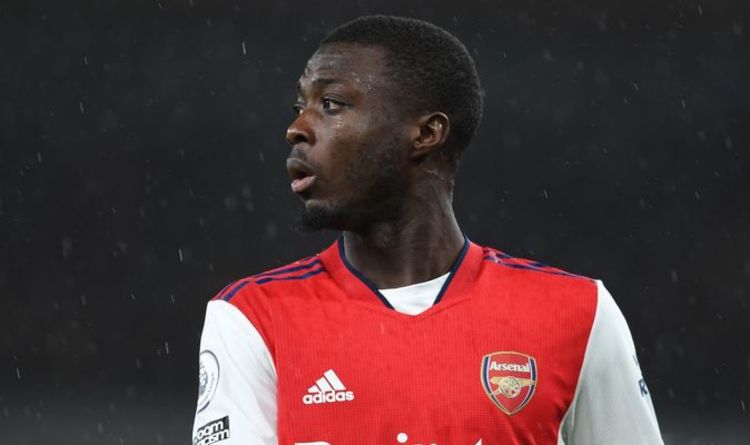 Arsenal chief Edu is reportedly considering a swoop for Eintracht Frankfurt winger Filip Kostic – but the Gunners could be gazumped by Inter Milan in the race for the Serbian star.

Mikel Arteta is keen to continue his ambitious overhaul of Arsenal’s playing squad this month. The Londoners spent more than any club in the Premier League last summer; an approach which has paid dividends, with the Gunners currently in a strong position to secure Champions League football for the first time in five years.

And with the club hunting further reinforcements in this winter transfer window, Frankfurt ace Kostic is the latest name to be linked with a switch to the Emirates.

But, according to a new report from Calcio Mercato, Arsenal could face a battle to persuade the 29-year-old to make the switch to England due to strong interest from Italian giants Inter Milan.

The Gunners and a host of other clubs who reportedly have their eye on Kostic, including Atletico Madrid, Sevilla and West Ham, are reportedly keen on waiting until the summer to make their move for the winger.

But the report outlines that Inter are ready to swoop in January for the star who has just six months left to run on his current deal in Germany.

Inter, who believe the winger would be available for a cut-price fee, would prefer to snap up Kostic this season as they are yet to use either of their two registration slots for non-European signings. The impending arrival of Andre Onana is set to take up one slot for next season, leaving them with just one remaining.

It remains to be seen if Inter’s stance could persuade Arsenal into accelerating a move for Kostic, who has notched three goals and registered seven assists in just 17 Bundesliga games this term.

If it does, however, then it would almost certainly spell the end for Nicolas Pepe’s uninspiring stint at the club.

The Ivorian winger is the Gunners record signing after arriving in an astonishing £72million deal back in 2019.

But the 26-year-old has struggled to live up to his inflated price tag in the Premier League.

A recent report from football.london revealed that Pepe has grown frustrated with his bit-part role under Arteta and will consider his options this month.

It’s likely that Arsenal would consider cutting their losses on Pepe, who has started just five league games this term if an appropriate proposal were to come their way this month.

But the fact that Pepe is currently away on international duty at the Africa Cup of Nations could complicate matters – meaning the winger may have to bide his time until the summer if he wants to quit the Premier League.