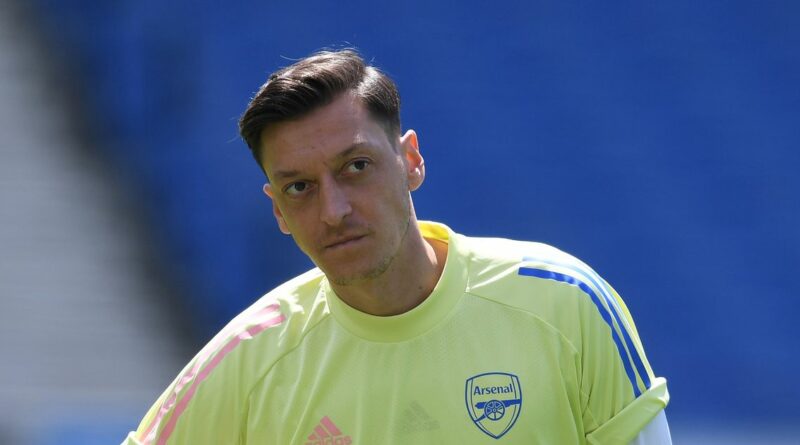 Arsenal were not protecting their commercial interests with China when they distanced themselves from Mesut Ozil's support for the Uighur Muslim community, says CEO Vinai Venkatesham.

Ozil, who finally departed the Gunners to join Fenerbahce last month, posted on Instagram back in December 2019 that Uighurs were "warriors who resist persecution" after the United Nations reported that millions were being imprisoned by Chinese authorities.

Instead of backing their midfielder, however, Arsenal attempted to play down the controversy and stress that it was merely Ozil's "personal opinion" and that the club has "always adhered to the principle of not involving itself in politics."

Venkatesham was asked at the FT Business of Football conference whether concerns over financial repercussions in China explained the north London club's coy stance, which he vehemently denied.

"I don't think that's fair to say. That's how it was reported but it's not fair to say we took a commercial view," he said.

"At Arsenal we want to enable players to have a voice and speak as individuals.

"Sometimes they do that as part of club messaging, sometimes as individuals.

"As an example, in the middle of the George Floyd issue the players came to us and said they want to make a stand and send a message out."

Ozil decided to join Fenerbahce last month after failing to make it into Mikel Arteta's Premier League and Europa League squads this season.

The German has since racked up four appearances for Erol Bulut's side, who sit third in the Turkish Super Lig table.

IAN LADYMAN: Poch is guaranteed glory at PSG but what will it prove?