Arsenal interim boss Freddie Ljungberg is not ready to be given the job on a permanent basis, according to former Gunners midfielder Stewart Robson. Robson says Arsenal should ignore the success of Frank Lampard at Chelsea and go against handing club legend Ljungberg the job. Ljungberg picked up his first win as temporary manager on Monday with a 3-1 victory at West Ham.

But Robson believes Arsenal need a more experienced manager to come in and solve the issues they have.

“Arsenal need someone to come in and change [things],” Robson said on BT Sport.

“Freddie Ljungberg hasn’t had much experience. He’s been with the under-23s, he’s been an assistant manager as well.

“But this is a big job for somebody coming in and I think it needs someone with experience.

JUST IN: Europa League draw: When is it? Who can Man Utd, Arsenal, Celtic and Rangers face next? 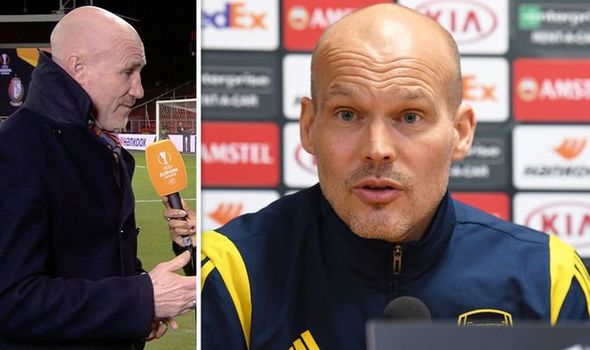 “I’m not sure he’s equipped to do the job at this particular time.”

Robson was then asked if the success of managers at clubs they used to play for would influence Arsenal’s decision.

Lampard has surprised many with his start at Chelsea, with the Blues sitting fourth in the Premier League and through to the knockout stages of the Champions League.

But Robson is still to be totally convinced by the former England midfielder.

“Well first of all let’s say that Frank Lampard hasn’t proved himself just yet,” the pundit added.

“He had a spell at Derby, this isn’t his first job, he went to Derby and did quite well there.

“We’ve still not seen where Chelsea are going to end up come the end of the season.

“Then you look at [Zinedine] Zidane [at Real Madrid] and Pep Guardiola [at Barcelona] – they took over clubs that had brilliant players that didn’t need a lot of changing. 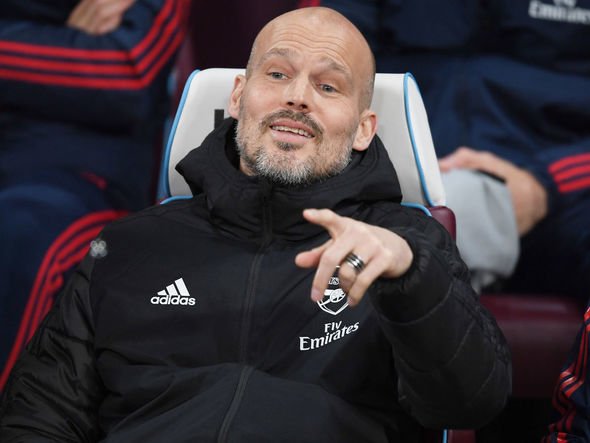 “They just went in there and carried on what the previous managers had done.”

Robson was speaking ahead of Arsenal’s Europa League clash away at Standard Liege on Thursday.

And he says the first win in 10 matches against West Ham will make a positive impact.

Coronavirus: From league cancellations to financial ruin and ‘the greatest threat’, football is now in the unknown