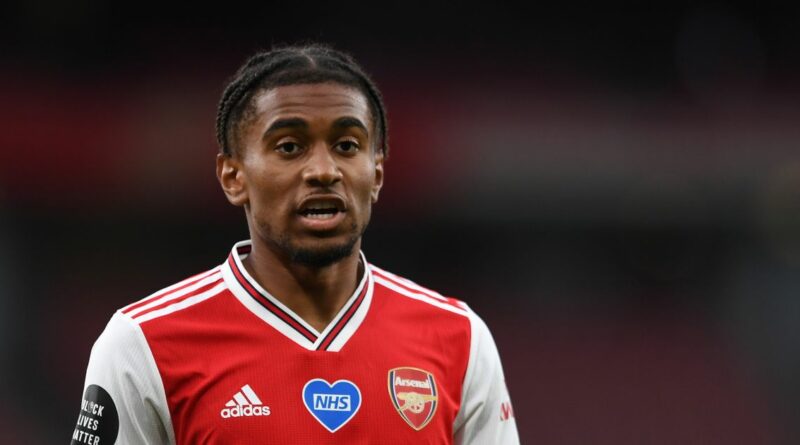 Arsenal star Reiss Nelson is the latest member of the Gunners squad to be touted with a move away from the club as the North London outfit bid to strike an agreement over a new contract.

Time could be running out for the Arsenal hierarchy in their efforts to keep Nelson at the club, as a number of other Premier League outfits have started to circle amid uncertainty over his Gunners future.

Top-flight trio Crystal Palace, Brentford and Brighton are all reportedly interested according to CBS, alongside Greek champions Olympiacos as well as several Bundesliga teams, a league Nelson already knows after his loan stint at Hoffenheim.

The England under-21 international has entered the final 12 months of his contract, but has been offered an extension with a view to spending the 2021-22 campaign on loan elsewhere to get more first-team action after finding his chances limited at the Emirates.

However, Nelson is stalling over putting pen to paper and in turn, the Gunners are fretting over the prospect of seeing a promising academy graduate leave the club for free.

The winger would actually be allowed to negotiate a pre-contract agreement with clubs outside of England from the start of next year.

Where do you think Nelson will be playing next season? Let us know in the comments section

Nelson's demise has been surprising to see given he was once often touted as the most supreme talent within Arsenal's academy ranks, but has since seen the likes of Bukayo Saka, Emile Smith Rowe and Joe Willock go on to enjoy more first-team football.

Last term, Nelson enjoyed just two Premier League appearances after being placed further down the pecking order following the signing of Willian. His last league start dates back to July 2020 in a 2-1 win over Liverpool, where Nelson scored.

It was only three years ago that members of the Arsenal faithful were salivating over the kind of prospect they had on their hands following his loan success out in Germany, but his development has stalled, if not grinded to a halt since.

For more Premier League transfer news, make sure you sign up to one of our newsletters here.