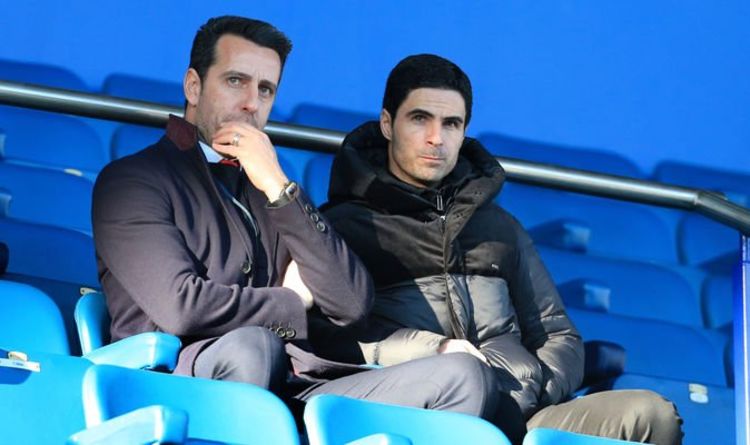 Arsenal could be set to sanction five exits between now and the transfer deadline, with two deals to be completed today. After a shocking start to the Premier League season, time is running out for Mikel Arteta and transfer chief Edu to put things right. Express Sport takes a look at the five players who look likely to leave the Emirates before the summer window slams shut.

Express Sport understands that Nelson is flying to Rotterdam today to complete a move to Feyenoord.

Still just 21-years-old, the move would unsurprisingly be a season-long loan deal, similar to the agreement he had with Hoffenheim for the 2018/19 season.

On that occasion, his seven-goal Bundesliga haul was deemed a great success, while all parties will keep fingers crossed that he can have a similar impact this time around.

Second of the deals set to be completed today is 18-year-old Miguel Azeez, who will join Portsmouth on a season-long loan.

Once again, Express Sport understands that this deal is done and an announcement will arrive this afternoon.

The midfielder is one of Arsenal’s most highly-rated youngsters and could make a dramatic impact at Pompey, who have made a solid start to their League One campaign, if given the chance.

It was reported by the Athletic on Monday that Everton were in advanced talks to sign Maitland-Niles on a season-long loan deal.

Since then, Express Sport understands that the 23-year-old’s move to Goodison Park is now unlikely, although his situation is far from settled.

This afternoon, he put out a surprising social media post aimed directly at Arsenal, requesting that he goes to a side who will play him regularly.

Having impressed at West Bromwich Albion last campaign, there are sure to be others monitoring an intense situation from afar.

Express Sport understands that negotiations are in the final stages for Willian to mutually terminate his contract with the Gunners.

Foregoing his massive wages in north London, the news comes as something of a shock, particularly when it emerged that he is preparing to take a 70 per cent pay cut to join former club Corinthians.

The 33-year-old Brazilian had come under scrutiny since making the switch from Chelsea to Arsenal, and now looks to be heading towards the comfort of familiar territory in his home nation.

Even with Arsenal still sitting on zero goals after three Premier League games, Express Sport understands that Crystal Palace are in talks to sign the Gunners’ young striker.

During his career in north London, the youngster has struggled to compete with the likes of Alexandre Lacazette and Pierre-Emerick Aubameyang for game time.

With a new chapter lying in wait, it could be former Arsenal legend Patrick Vieira who eventually gets the best out of him at Selhurst Park.

Euro 2020: England’s semi-final run marks them out as a ‘tournament team’ at long last 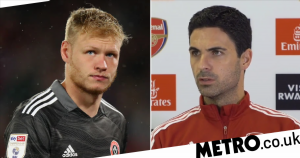