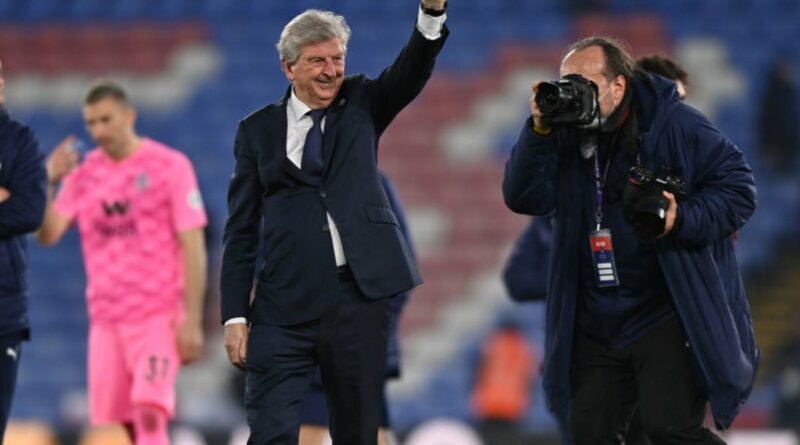 Roy Hodgson insisted even a cruel late defeat to Arsenal could not dampen what proved to be his most memorable night at Crystal Palace.

It was revealed on Tuesday that the 73-year-old would leave the club after Sunday’s match at Liverpool and the midweek visit of the Gunners, with 6,500 fans in attendance, provided the supporters with a chance to bid farewell to their long-serving manager.

Christian Benteke’s second-half header had got the Eagles back on level terms, but Gabriel Martinelli and Nicolas Pepe struck in stoppage time to earn the visitors a 3-1 victory which kept them in the race for Europa Conference League qualification.

Nevertheless, former Palace trainee Hodgson was treated to several moments of thunderous applause, a guard of honour from both sets of players and given the chance to address the supporters at Selhurst Park for one last time.

He said: “I know what my favourite moment would have been if you asked me the question with some sort of distance to tonight. And it will undoubtedly be tonight. 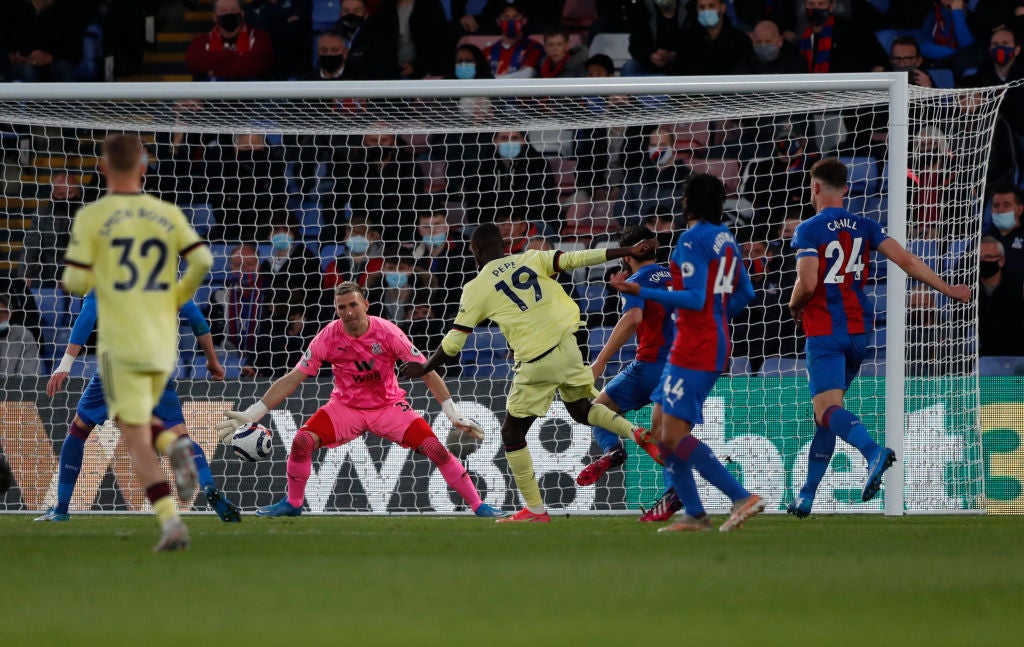 “That will be my abiding memory, that outpouring of affection and appreciation for the job Ray (Lewington) and I, and the rest of the staff have done here. You don’t always get that at a football club.”

It was an electric atmosphere throughout in SE25 with numerous chants towards Hodgson and plenty of booing in the direction of Arsenal players, mostly Kieran Tierney after an early spat with Joel Ward.

The Eagles had chances to give their manager of fours years a fairytale ending, but Jordan Ayew had a close-range effort saved and Wilfried Zaha saw penalty appeals waved away.

It left the London derby on a knife-edge and Arsenal inflicted two late blows with Martinelli and Pepe able to produce composed finishes inside the area in the first and fifth minute of stoppage time.

But Hodgson, who confirmed Ebere Eze was absent due to a “serious” Achilles injury, insisted: “I am a bit drained, I suppose but it has been such a fantastic couple of days.

“I have been really knocked over by all the kind words and everything that happened here tonight.

“And yet I have seen us lose a game in the last five minutes. A game I thought we were good value for a point, so I am afraid the football part of me still feels that, but I know I should be looking at the bigger picture.

“I should celebrate the wonderful reception I got, the guard of honour and once more the performance the players put in, especially in the second half where we really took the game to Arsenal.

“I am hoping when the dust settles, I will have a happier feeling about what happened. The one thing I certainly will never forget is the reception I have been given.”

Arsenal’s late show made it four Premier League wins in a row and kept them in the hunt to qualify for Europe next season, but it can only be the Europa Conference League after sixth-placed West Ham’s victory at West Brom on Wednesday ensured they can no longer be caught by the Gunners.

Currently in ninth, Mikel Arteta’s side need to beat Brighton at home on Sunday and hope results elsewhere go their way with rivals Tottenham in seventh with a point advantage plus a superior goal difference.

He said: “It was a crucial moment for us because we wanted to go into the final day having every chance to be in Europe next season.

“In order to do that we knew we had to win and wait for some other results, and with the way the game was developing and us running out of time, it looked difficult but in the end we found a way to do it.”

The Spaniard, in his first full season of management, paid a glowing tribute to Hodgson before the game and apologised to the coach for spoiling his final match at home.

Arteta, 39, added: “It was great timing to get the crowd back at the stadium because what they did for him was really emotional, nice and totally deserved.

“I apologise for that (result), but what he has done in his career is incredible, it is not about what happened tonight.”