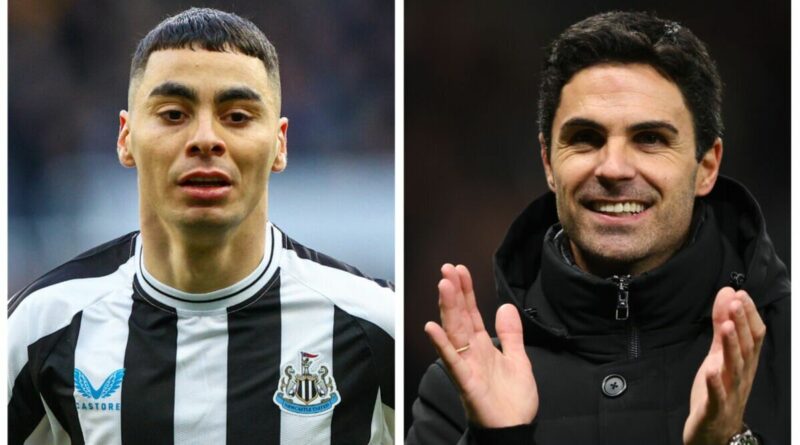 Arsenal are reportedly set to respond to their disappointment over missing out on Mykhaylo Mudryk by launching a bid to sign Miguel Almiron. The Gunners are desperate to bring in a winger in the January transfer window and could now turn to the Newcastle United star to resolve the problem position for Mikel Arteta.

Almiron, a £21m signing from Atlanta United in 2020, is enjoying the best form of his Newcastle career this season. The 28-year-old has already scored nine goals this season after showing a vast improvement under Eddie Howe and is now regarded as one of the Magpies’ most important players in their impressive campaign so far.

Arsenal appear to have taken note of his impressive performances from the right flank and how Almiron has torn apart opposition defences in recent weeks. He had a quiet game as the two sides shared a goalless draw earlier this month, but that does not seem to have deterred the north London club from showing interest.

There could be a scramble for Almiron’s signature, however, with two other Premier League clubs thought to be keen on the South American star as well as Arsenal, acccording to transfer reporter Ekrem Konur.

He only has 18 months left to run on his current deal worth £40,000-a-week, with Newcastle willing to hand the attacker a bumper new contract to keep him at St James’ Park. Talks are set to begin imminently as the club attempt to avoid losing one of their most important players.

For that reason, and their unexpected fight for a top-four place, Newcastle would almost certainly turn down any offer for their star man. But the prospect of joining the Premier League leaders – who are eight points clear of second-placed Manchester City – would be difficult to spurn if it arose this month.

However, Almiron is unlikely to force a move if Arsenal did lodge a bid in the current transfer window. Only back in the summer, he stated his desire to remain at the club and declared himself “very happy”.

“I’m always very relaxed on that score. My head’s always focused on Newcastle. I’m very happy here, and I’ve always maintained that,” he said in July in a club matchday programme.

Arteta will be determined to ensure he is not beaten to the punch again after experiencing disappointment in their failed pursuit of Mudryk, who had publicly declared his desire to join Arsenal before heading to Chelsea.

Arsenal were thought to have been close to capturing Mudryk from Shakhtar Donetsk, only for the Blues to agree to meet the Ukrainian club’s demands and triple the salary that Arsenal offered to the player.

The other two English clubs hoping to rival Arsenal have not yet been identified, but Tottenham and Manchester United have been previously linked and could enter the race for Almiron if a bidding war were to emerge for the talented winger. 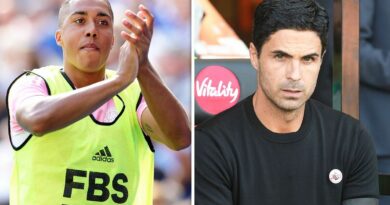