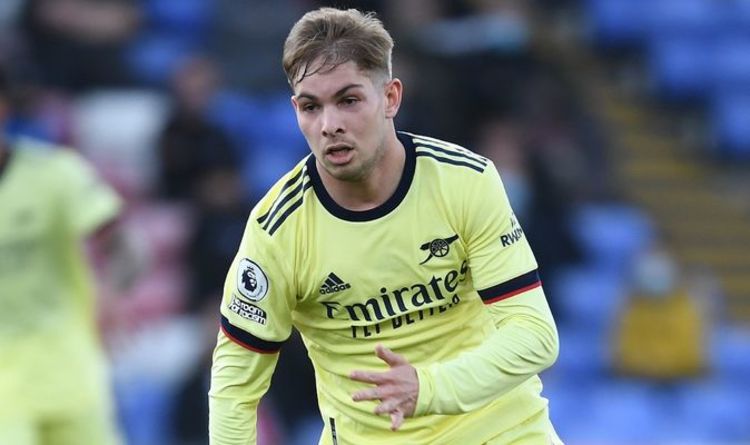 Arsenal could lose Emile Smith Rowe to Premier League rivals Aston Villa if they do not soon tie down the youngster to fresh terms, according to reports.

Smith Rowe’s contract expires in 2023 but the Villans are keeping tabs on the situation, with no new deal yet agreed.

The Gunners are set for a summer revamp following a disappointing campaign.

Boss Mikel Arteta has been given the confidence of the Arsenal board despite not qualifying for European competition for the first time in 25 years.

Arsenal finished eighth in the Premier League and were beaten Europa League semi-finalists. 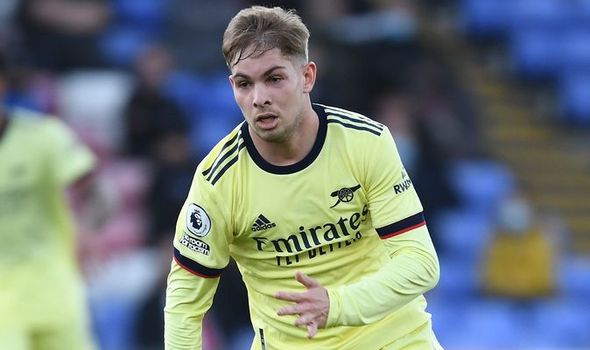 They were also disappointingly knocked out of the fourth round of the FA Cup by Southampton.

Arteta will now lead their summer plans with an eye on moving the club back among the top-flight’s elite.

As many as four first-team players have been widely reported as wanting to leave.

Defender David Luiz has already decided that he will depart when his contract ends this month.

Right-back Hector Bellerin’s 10-year association with the club could come to a climax. The 26-year-old has interest from Spain.

The other players who could make way for fresh faces are goalkeeper Bernd Leno and midfielder Willian, according to a report from The Athletic last month.

But one of the players who Arteta will hope to keep is midfielder Smith Rowe. Aston Villa are monitoring the 20-year-old’s contract situation, according to the Telegraph.

Smith Rowe was set for talks with the north Londoners following the culmination of the Premier League season. The Croydon-born sensation is about to enter the final two years of his deal. 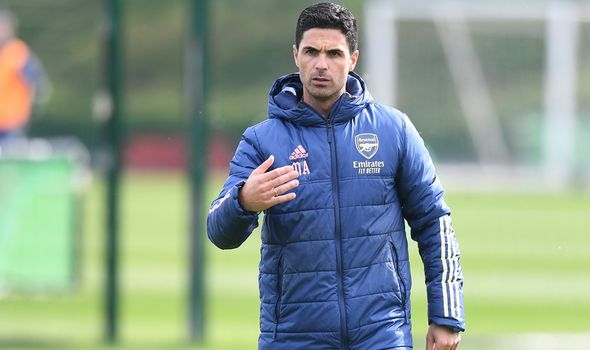 Arsenal ended the season in positive form and the academy graduate played an important part.

He broke into their Premier League team in December and played 20 times, scoring his first top-flight goals in successive May wins over West Brom and Chelsea.

However, Arteta has challenged the attacking midfielder to improve his numbers.

“He’s having an incredible season ever since he started to play in December,” Arteta said after Smith Rowe scored against the Baggies on May 9.

“But he’s scoring his first Premier League goal. An incredible season for a No 10 of Arsenal means he needs to score 15 goals and give 10 assists.

“Then you are right up there with the top guys in Europe and in the league. He’s got the ability to do it but he hasn’t done it.

“We need to stay calm with him, give him the right support and step by step, I think he will be getting there.”
Source: Read Full Article 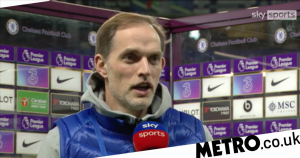