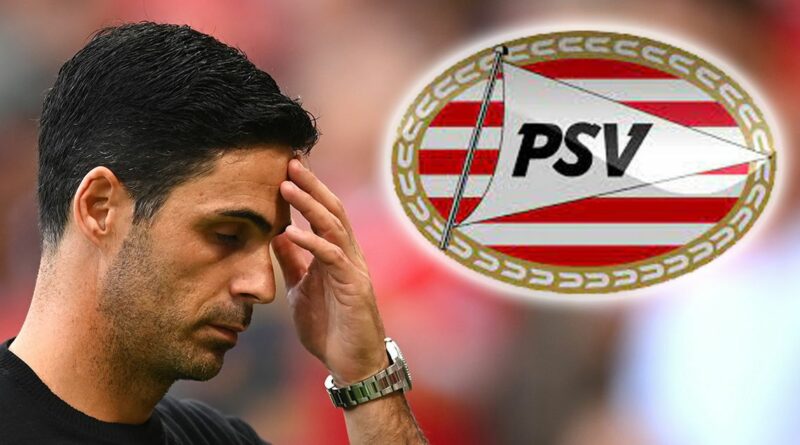 Arsenal are facing a potential fixture nightmare with their Europa League tie against PSV later this week reportedly in doubt due to concerns over police resources before the Queen's funeral.

The Gunners are due to take on the Dutch side in the Europa League at the Emirates on Thursday night. But the match is yet to get the all clear as London prepares for a major policing operation ahead of the late monarch's funeral the following Monday (September 19).

That is according to The Telegraph, who say UEFA are confident that this week's other European fixtures involving English clubs will go ahead as planned.

A postponement would cause a huge fixture headache for Arsenal who, along with the Premier League's other 19 clubs, already need to find an extra midweek slot following the cancellation of last weekend's fixtures. That looks set to come as late as January.

And with the Europa League group stages taking place in a truncated period this season due to the Winter World Cup, finding a new date in the calendar for a postponed European match would not be easy.

Do you think matches should've been called off last weekend? Let us know in the comments section below.

Like most sides competing in Europe, Arsenal's calendar is full up right up until the break for the World Cup. The only real possible option would be to move their Carabao Cup third round tie against Brighton until after the Qatar tournament and play the match against PSV during the week commencing November 9.

However, that would likely require agreement from the EFL, Brighton, UEFA and PSV. It would also have a knock-on effect on the latter rounds of the Carabao Cup, making such a scenario potentially difficult.

Arsenal will be hoping that they are able to host PSV as planned on Thursday and such a situation does not unfold. However, fears remain over further matches being postponed next weekend due to policing shortages, with a large presence required to deal with the Queen's funeral.

The games most under threat are likely to be in the capital, where the late monarch's funeral will take place one week from today. The 96-year-old's coffin will be flown to London on Tuesday night, having been taken to Edinburgh from Balmoral on Sunday.

Talks are set to take place on Monday at the Department of Digital, Culture, Media and Sport, when funeral protocols will be detailed to all professional sports.

A spokesperson for the National Police Chiefs Council said: "Since the passing of Her Late Majesty Queen Elizabeth II, the UK has activated a national policing operation.

"UK Policing is working closely with other organisations to ensure that events are held safely and with the appropriate security.

"Following the decisions of the Premier League and English Football League to cancel this weekend's matches, we will work with football clubs to try and ensure that, where possible, football fixtures can take place safely when balanced against the requirement to support national events and deliver day to day policing.

"This is a unique situation and we are working closely with everyone involved."