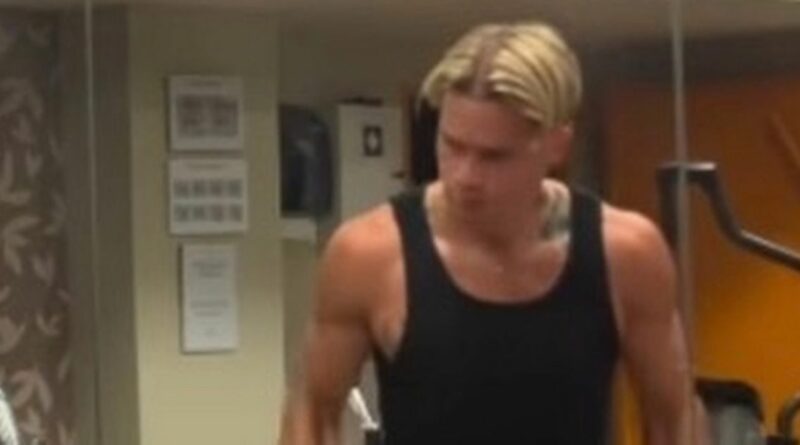 Arsenal fans love a bit of detective work around this time of the year.

12 months ago they convinced themselves Aleksandr Isak was joining the club after meticulously studying his social media posts, having previously deciphered Gabriel Magalhaes' incoming move by examining the clouds in the background of a selfie he took.

Well, they're at it again. This time with midfield target Mykhailo Mudryk, who has been heavily linked with a move to the Emirates Stadium for a few weeks now.

READ MORE: Arsenal plead with Shakhtar over £85m Mudryk fee as Liverpool buy Gakpo for half

The Shakhtar Donetsk youngster sent the rumour mill wild after uploading a snap of himself watching Arsenal take on West Ham on his iPad last week, around the time the Gunners submitted a £55m bid for the player.

The bid was rejected, but eagle-eyed fans are convinced Mudryk is already in England after noticing a few interesting details in the background of a bunch of gym photos he uploaded to Instagram – most notably that the word 'private' on the door was written in English, rather than Ukrainian, and that he was working out using equipment produced by a UK-based brand.

Will Mudryk get in Arsenal's team if he joins this month? Let us know what you think in the comments section below.

"It looks as though he's in a hotel with hotel slippers," one fan tweeted, zooming in on sections of Mudryk's posts. "The weight bench is 'Kettler', which is a UK-based company.

"The 'private' on the door is written in English. He may be in London already!"

It's reported Arsenal have now submitted a second bid for the 21-year-old, and although Shakhtar are determined not to sell, Mikel Arteta's side are increasingly confident of agreeing a deal in the coming days.

Barcelona 'want to tie down Marc-Andre ter Stegen until 2024'