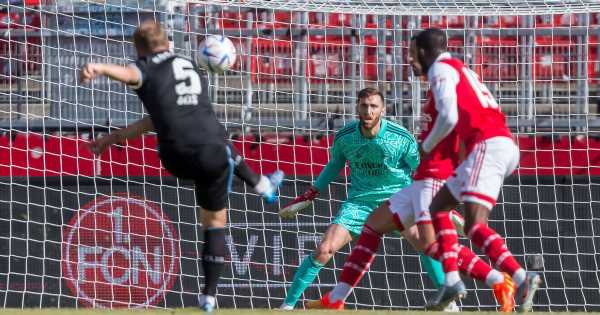 Arsenal goalkeeper Matt Turner has already been branded a “disaster” after making a shaky debut in a pre-season friendly against Nurnberg.

Turner agreed a deal to join the Gunners from MLS side New England Revolution back for a fee which could reach £7.5million in February. The 28-year-old arrived this summer to play understudy to Aaron Ramsdale with a decent reputation having won the MLS Goalkeeper of the Year award last season.

He is expected to replace Bernd Leno and was given a chance to impress against Nurnberg on Friday night. It did not go to plan for the American, who was partly to blame for the Bundesliga 2 side netting three times in a 5-3 victory for Mikel Arteta ’s side.

Nurnberg found themselves 2-0 up at half-time after goals from Johannes Geis and Kwadwo Duah – and the strikes have already damaged Turner’s standing among some fans. Geis’ impressive strike from the edge of the area went in via the underside of the crossbar, but the fact it was fairly central led many to believe Turner should have done better.

The opening goal came 24 minutes into the friendly and sparked a torrent of moody responses from Arsenal fans, who don’t appear to be a forgiving bunch. Memories of flop goalkeeper Alex Runarsson came flooding back for some.

“Another Runarsson,” one fan wrote bluntly. "Get out of my beautiful club Matt Turner,” said another, very melodramatically. Another posted: "Won’t judge players by pre-season games but Matt Turner looks suspect."

HAVE YOUR SAY! Is Matt Turner going to flop at Arsenal, or are fans being too harsh? Comment below.

"Matt Turner is 30 minutes into his Arsenal career and let two goals in. I am not joking, he is a disaster,” concluded another. "Hope we kept our receipt on Matt Turner,” added one fan. Another commented: "Matt Turner… it may be too early to slander him but I'm not liking the look of things."

Thankfully, things did improve for Arsenal, if not for Turner. Gabriel Jesus came off the bench in the second half and immediately showed by the club forked out £45million for his signature by scoring twice in a second-half turnaround.

Arsenal eventually eased to victory, with Mohamed Elneny also finding the net alongside two Nurnberg own-goals. Arteta’s side will fly to the USA next to face Everton, Orlando City, Chelsea before returning to the Emirates Stadium to take on Sevilla. 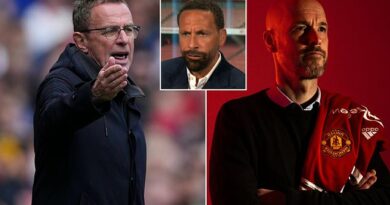