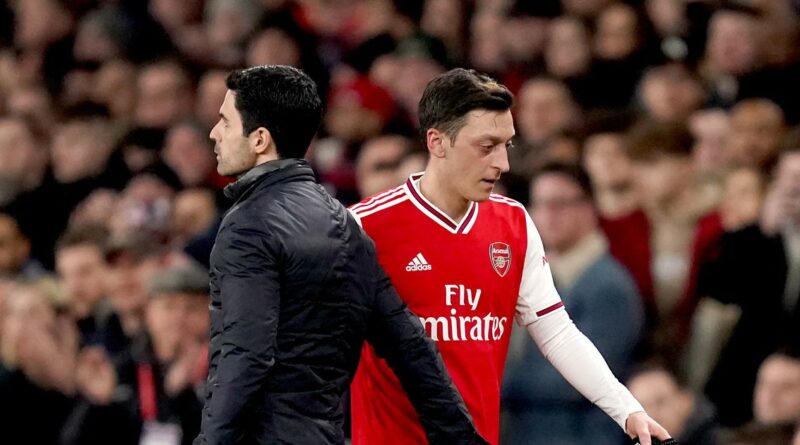 Arsenal fans have taken to social media to declare that Mikel Arteta was right all along former Gunners flop Mesut Ozil, who has been told his Fenerbahce career is over.

The German midfielder spent over seven years with the Gunners in the Premier League before he left the Emirates under a cloud last year. Ozil was ruthlessly axed by Arteta – who came in for criticism from some for his decision to cut ties with the 33-year-old playmaker.

But after Ozil was told by new Fenerbahce manager Jorge Jesus that his career with the Turkish giants is over, Arteta's brutal verdict has been vindicated – and fans have been quick to give the Gunners chief credit online.

One fan posted: "Arteta was right after all," while another used declared: "Ozil has been finished for time. But for some reason people don't wanna acknowledge it". One user brought up the fans who blamed Arteta and the club over the Ozil situation, tweeting: "Now is it the club now or the player? Surely its time to ask questions."

Another used reacted to the news by tweeting: "Lol most overrated, overpayed , went missing player every to play for Arsenal , next stop for mr overrated will be USA," while another fan posted: "He was washed before Arteta joined".

Ozil hasn't featured for Fenerbahce since mid-March after he clashed with Jesus' predecessor – interim chief Ismail Kartal – over his fitness. And Fenerbahce's new chief has wasted no time in making it clear that Ozil is done at the club.

Do you think Ozil is done in football if Fenerbahce give him the chop? Let us know in the comments section

Speaking at his unveiling, as quoted by the Daily Mail, Jesus said: "He had his time, his space. He has a beautiful history in Turkey, nobody can take it away from him. He is a well-known player around the world. But I will follow exactly what was the end of the Ozil era."

Bizarrely, Jesus brutal comments just days after Ozil reaffirmed his desire to see out the final two years of the three-year deal he penned with the Turkish outfit last year.

The Gunners ripped up Ozil's mega-money deal to give him a chance to resurrect his career overseas after the veteran midfielder has spent nine months out of the team.