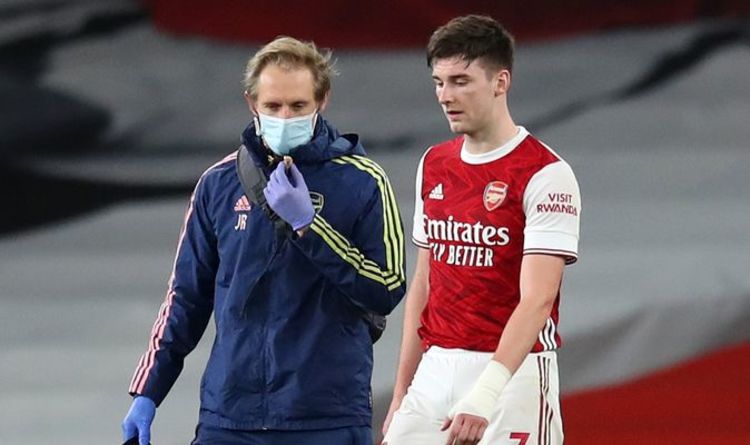 Arsenal fans were left in disbelief after seeing Kieran Tierney walk off the field with a worrying injury against Liverpool. The Gunners entered the game knowing a win would see them keep their faint hopes of finishing in the top four alive after Chelsea suffered a 5-2 defeat to West Brom earlier in the day.

And they hold an impressive record at home against Liverpool, not losing to the Merseyside outfit at the Emirates since 2016.

But they started the game on the backfoot, allowing Liverpool to have most of the possession with Arsenal struggling to get out of their own half.

Tierney was doing his best though to keep Mohamed Salah and Trent Alexander-Arnold quiet on his side of the pitch.

But disaster struck just minutes before the break when Tierney went down in clear pain. 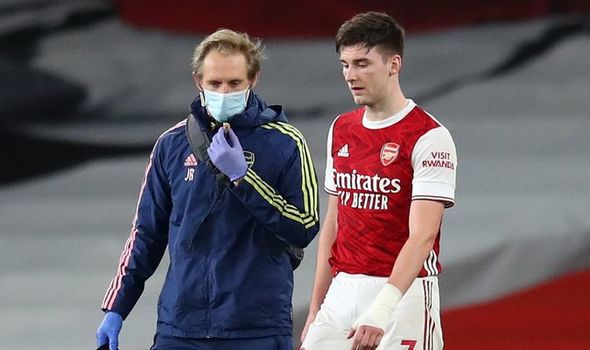 The physio came on to treat Tierney’s knee after replays appeared to show he picked up the knock in a clash with James Milner.

However, after returning to his feet, it soon became clear that Tierney was not going to be able to continue.

Tierney was seen shaking his head as hie gingerly made his way off the pitch with Cedric Soares coming on to take his place.

And Arsenal fans were devastated to see the Scotland international forced off with the injury.

One fan agonisingly tweeted: “If Tierney is injured we might as well stop playing this season and just give everyone the 3 points in advance.”

A third posted: “It’s a bit mad that an injury to tierney is almost a catastrophic blow to what’s left of our season.”

A fourth cried: “Tierney injured during our most crucial time in the season so I think its fair to say this season is now officially over.” 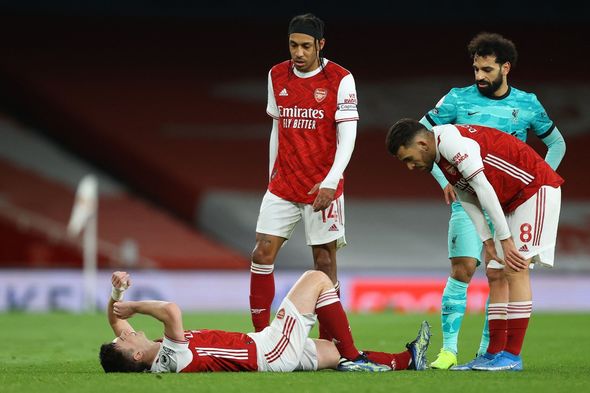 Another wrote: “If Tierney’s out for long I’m done watching these jokers until next season.”

Tierney has already missed a number of games this season due to a knee injury.

Mikel Arteta will be hoping it’s not as serious this time around though with games coming thick and fast for the Gunners.

They return to action in the Europa League on Thursday when they take on Slavia Prague in the first leg of their quarter-final.

Antoine Griezmann celebrates his birthday as France arrive in Moldova