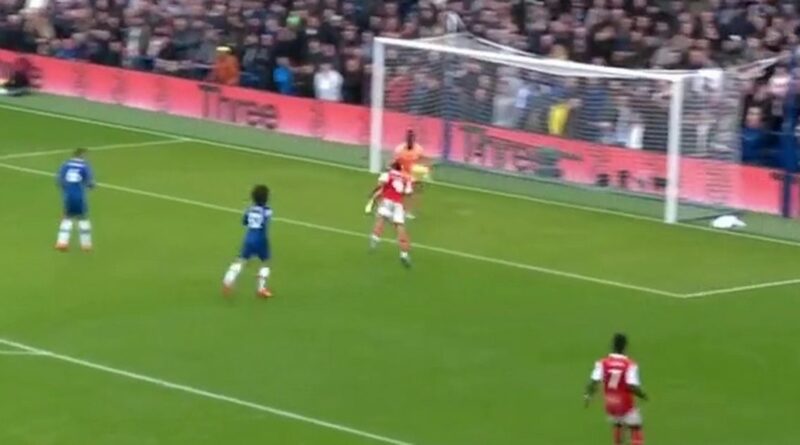 Some Arsenal fans are starting to lose patience with Gabriel Jesus after his latest miss, this time against Chelsea.

Jesus started the season in good form in front of goal following his summer move from Manchester City, netting four goals in his first eight Premier League games for the Gunners. But the goals have dried up of late for the Brazilian forward, even if he has continued to put in excellent all-round performances.

The 25-year-old has squandered a number of good opportunities over the last few weeks, and he missed another one against Chelsea at Stamford Bridge with the score at 0-0.

READ MORE: OnlyFans babe who gets bum out at football games promises striptease if team get promoted

Gabriel Martinelli found space on the left-hand side and cut in before producing a wonderful curling cross into the path of Jesus. The former City man couldn't quite connect with the ball as it went agonisingly over his head and out of play for a goal kick.

Jesus looked frustrated with himself at the huge missed chance, while Martinelli was left with his mouth open and his head in his hands.

And they weren't the only ones left in shock, as Arsenal fans on social media took to the comments section underneath the clip to criticise their goal-shy forward.

One person said:" I’m losing patience with Jesus." As a second wrote: "His finishing is starting to become a concern, everything else is fantastic. Sure the goals will come soon hopefully."

A third user added: "That's why City sold him. Really lovely, dedicated, humble guy, loads of talent but not a clinical enough finisher."

While someone else commented: "That’s a shocking miss from Jesus. Would have been a beautiful move from back to front, has to do better there."

Thankfully for Jesus, defender Gabriel spared his blushes midway through the second half, prodding home from close range to give the Gunners the lead and all three points. 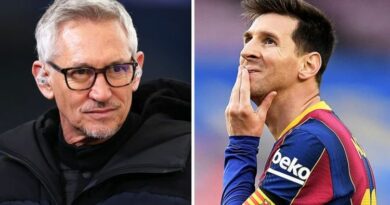 Neymar reveals he ‘tried everything’ to secure Barcelona return