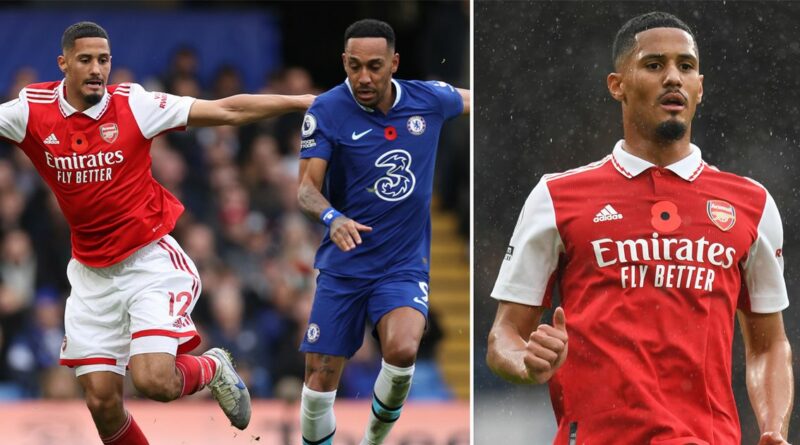 The 21-year-old France international has gone from out of Mikel Arteta's plans to the first name on the team sheet thanks to his increasingly impressing performances.

Having played a key role alongside Gabriel in limiting the impact of Aubameyang at Stamford Bridge on Sunday afternoon – fans have expressed their delight.

One fan said: "Saliba is a cheat code." A second posted: "The best defender in the League at the moment."

A third agreed: "Has Aubameyang even touched the ball today? In his defence, the inside of Saliba's pocket is a tough spot to play from."

Can Arsenal win the Premier League this season? Give us your verdict in the comments section below.

With a fourth concluding: "Monstrous performance from Gabriel and Saliba who limited Aubameyang to only 8 touches."

Aubameyang did indeed manage only eight touched before being subbed off after 64 minutes with Gabriel managing the only goal of the fixture as Arsenal went back to the top of the table.

Speaking of his side's performance, a delighted Mikel Arteta said: "Big win for us.

"It’s another step for us I think. To come here against a top opponent, top world class players all over the pitch, dominate the game and actually win it is very meaningful. Hopefully it will give the boys even more belief."

Arsenal have an EFL Cup tie against Brighton on Wednesday before ending the first phase of their season with a trip to take on Wolves.

Speaking before their win over Chelsea, Aaron Ramsdale detailed the club target of being top of the table going into the 2022 World Cup, which kicks off on November 20. 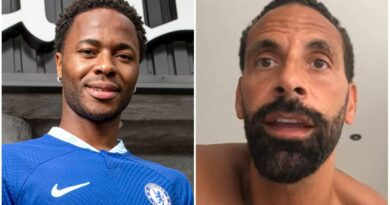