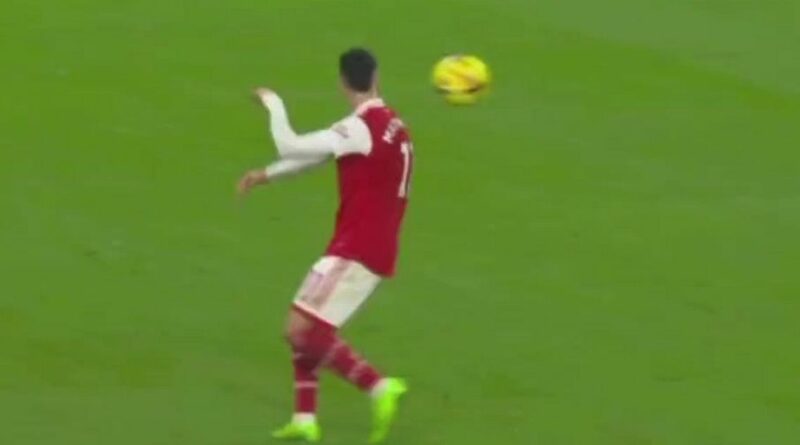 Arsenal fans are obsessed with Gabriel Martinelli's cheeky bit of showboating during their 2-0 win in the north London derby.

The Brazilian winger riled Tottenham fans when he decided to cheekily let the ball bounce off his back as his side strolled 2-0 up in the second half of the match on Sunday. The 21-year-old has been a revelation since joining the Gunners in 2019 and once again proved why he is a firm fan favourite.

There is no better fixture to be cheeky than a local derby and Martinelli definitely widened the smiles on Arsenal fan's faces as he wound rival fans up in the same instance.

@DanielKarell labelled the trolling as terrific". He said: "Tekkers, Martinelli. Stopping the ball with his back. The #trolling is terrific."

Do you think Martinelli's showboating was too disrespectful? Let us know in the comments section below

@Ronz258 tweeted: "Martinelli that was cheeky."

@ModernWrighty thought it was hilarious: "Martinelli unlocked the showboating DLC."

Martinelli has been yet another shining star as Arsenal make a serious title charge going into the second half of the season. The 2-0 win over Spurs leaves them eight points clear of second place Manchester City with an outstanding 47 points.

It was thanks to a Hugo Lloris clanger that the Gunners took a 1-0 lead, with an Odegaard stunner doubling the away side's lead. Tottenham knocked on the door in the second half but a strong Aaron Ramsdale showing proved enough to keep a clean sheet. 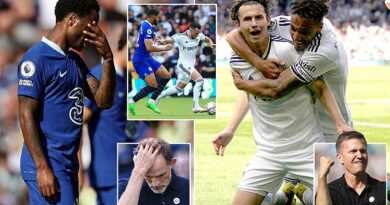