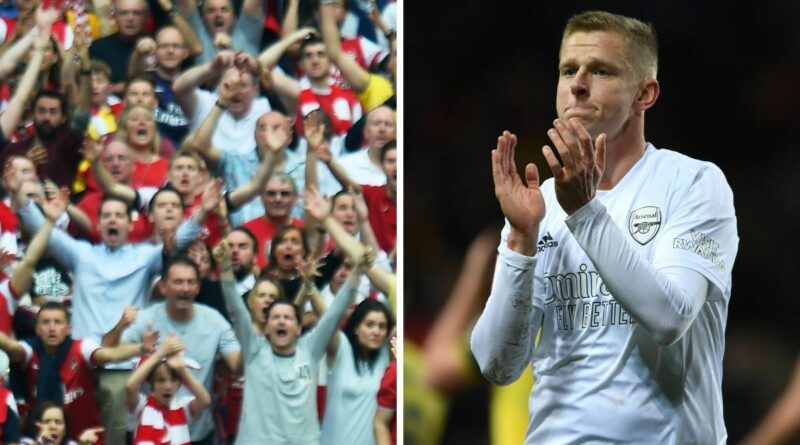 Arsenal fans have taken to social media in their thousands to slam the Football Association after a recent revelation regarding Oleksandr Zinchenko. Some are concerned it could negatively affect Mikel Arteta’s side in this weekend’s north London derby, where Tottenham Hotspur will attempt to derail their Premier League title bid.

Reports claim the FA told Zinchenko to rein in his celebrations after a passionate reaction to Arsenal’s 2-1 win against Fulham in August.

Martin Odegaard and Gabriel Magalhaes scored to complete a second-half comeback against the newly-promoted side at the Emirates Stadium, prompting jubilance at full-time.

But Zinchenko seemingly went too far with his passion, and the FA took the unprecedented step of warning him about his behaviour via a letter.

Unsurprisingly, the news hasn’t been received well by Arsenal fans, especially in the build-up to one of the biggest games on the club’s calendar.

And many are terrified at the prospect of Spurs profiting from the FA’s over-moderation of the Gunners’ behaviour.

@rahuliole tweeted: “What an unbelievably pathetic organisation the FA are. What minute is Kane getting his penalty on Sunday, then? 18th is my guess.”

While @Onefooty_1 wrote: “Say no more. What else is needed to know that we are on our own in this? Waiting for NLD refereeing disaster.”

@IsaacAFCG claimed: “They’re trying to stop us by any means necessary.” @aviv_lavi added: “Game’s gone. What is happening?!”

And @HaleEndPausa8 fumed: “The FA are the most pathetic excuse of an organisation I’ve ever seen.”

@InformalEmpire questioned: “Wow, what a bunch of turnips. Haven’t they got anything better to do?”

Arsenal will feel like they can’t afford to drop points in successive games after Newcastle United held them to a 0-0 draw at the Emirates Stadium last time out.

But Tottenham could re-enter the Premier League’s top four with a win, and thwarting their bitter rivals’ title fight with Manchester City is bound to provide extra motivation.

If Manchester United defeat Man City on Saturday, Arsenal will take an eight-point lead at the league summit with a victory over Spurs. 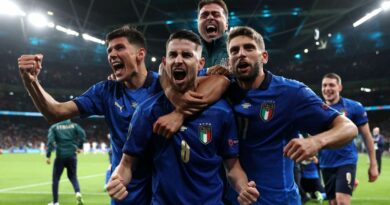 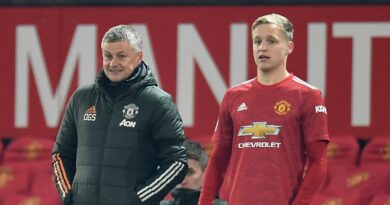