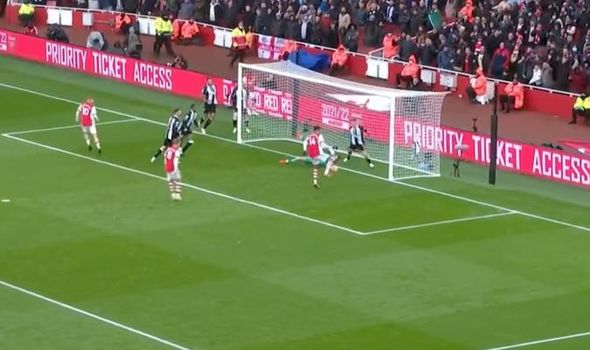 Arsenal supporters tore into striker Pierre-Emerick Aubameyang after he somehow struck the post from inside the six-yard box against Newcastle. The Gunners were drawing 0-0 with the Magpies when the forward had a seemingly simple opportunity to open the scoring but incredibly missed.

Aubameyang initially did well to move into a scoring position. Bukayo Saka raced to the byline and pulled the ball back into the box.

Fellow academy graduate Emile Smith Rowe’s header forced an excellent save from Martin Dubravka but the ball fell kindly to Aubameyang inside the six-yard box.

Everyone inside the Emirates Stadium would have expected Aubameyang to score. The Gabon international had seven goals in 12 appearances across all competitions this season before this fixture.

However, the 31-year-old somehow side-footed the ball against the post.

Commentating on the miss, Liverpool legend Steve McMananaman believed it was actually harder to hit the post than to volley the ball into the net. He said: “That’s the one isn’t it?

“Yes, he should’ve scored there. Fair play to [Martin] Dubravka, he makes a great save but that should be in the back of the net. It almost comes off his toe, it doesn’t come off the side of foot.

“That’s a huge miss. Instead of just sticking it in with his side foot he takes his eye off it – it’s actually hard to hit it where he did.

“He knows he should’ve scored. The main thing is that he’s in the right place most of the time.”

TalkSPORT pundit Dean Ashton believes someone will have to do a lot to produce a worse miss before the end of the Premier League campaign.

“It’s one of the misses of the season,” he said.

And Arsenal fa2s, some of whom have been critical of Aubameyang’s form in the last 18 months, fumed at their No 14. 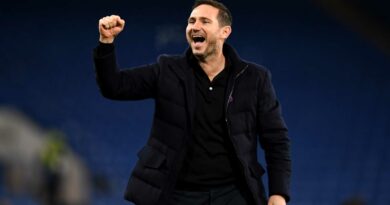