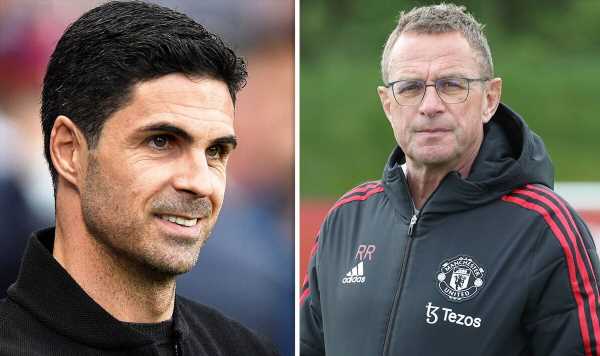 Arsenal’s season has not been a failure, especially compared to Manchester United, according to Gunners fan and former Tottenham striker Darren Bent. Arsenal are set to miss out on Champions League qualification following their 2-0 loss to Newcastle on Monday.

Mikel Arteta’s side looked clueless for the majority of the match at St James’ Park as the Magpies picked up a well-deserved win. Arsenal now must beat Everton on the final day and hope relegated Norwich overcome north London rivals Spurs.

Bent could not hide his disappointment at the performance from the Gunners. However, he says it is unfair to say the season on a whole has been a failure following back-to-back eighth-placed finishes.

Bent said on talkSPORT: “It was disappointing and, unfortunately for Arsenal, when they needed to show composure and discipline the most, they didn’t. The four performances before that were good, but then the one against Spurs completely took the wind out of their sails.

“They went to the Tottenham Hotspur Stadium and got blasted. Rob Holding lost his head, the penalty, the atmosphere.

“Then they went from one cauldron to another. They got beat by Tottenham then went to St James’ Park and it was the same thing.

“Fair play to Spurs, they’ve kept their heads when they needed it the most. It looks like they are going to get top four.

“Listen, it’s not a failure not to get top four. I’ve heard so many people talking about how it’s a failure.

“Arsenal were eighth last season and rock-bottom after three games. They are going to be back in Europe, how is that going to be a failure?

“I know he’s spent a lot of money. It’s the youngest squad in the Premier League. It’s disappointing not to be playing in the best club competition in the world, but it’s not a failure.”

Bent says what he sees as Arsenal’s success is proven by the failings of United this season. Despite major additions last summer, the Red Devils are set to finish either sixth or seventh this term.

Bent added: “Look at Manchester United… They finished second last season and now it looks like they are going to finish sixth or seventh, after they’ve added Raphael Varane, Jadon Sancho and Cristiano Ronaldo. That’s failure!” 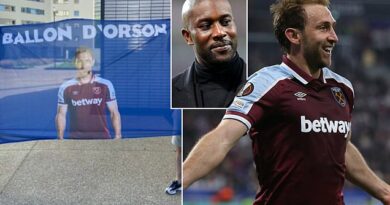