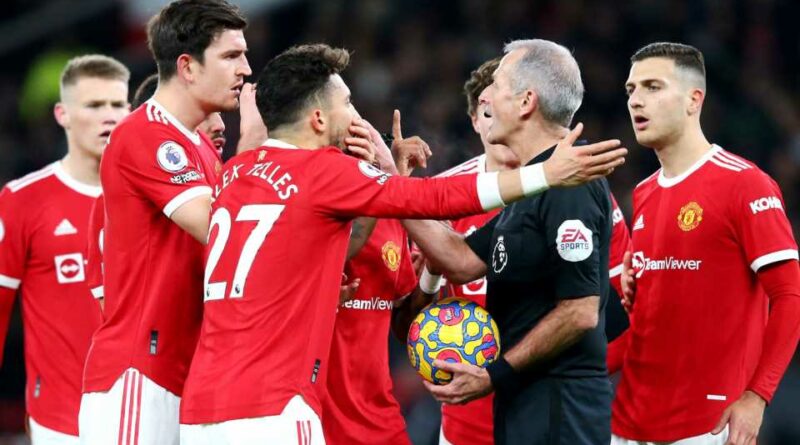 In one of the most bizarre sequences you’ll see in the Premier League this year, Arsenal scored the opening goal against Manchester United on Thursday with the goalkeeper on the goal line in the fetal position with his back to play.

Arsenal midfielder Emile Smith Rowe scored on a shot at a virtual empty net, but referee Martin Atkinson initially disallowed the goal. The assumption was that a foul was committed on Man United ‘keeper David De Gea.

But the Video Assistant Referee (VAR) checked the play and saw that De Gea was actually nicked by his own teammate Fred and immediately went down in agony, turning his back to the action. And since the referee at no point whistled play dead, the VAR alerted the referee and the goal was allowed to stand.

Watch the play below:

Was it fair play by Arsenal?

Arsenal didn’t do anything wrong on the play and had the right to continue playing and take the shot.

Although they were under no obligation to do so, the Gunners could have also kicked the ball out of play to allow De Gea to receive treatment instead of taking a shot on a defenseless goal.

Some on social media made the argument that Arsenal should have allowed Man United to go down the field and score a goal to even up the score as a matter of good sportsmanship. That wasn’t happening.

Many have also been critical of De Gea going down too easily and not making an attempt to follow play, at least giving himself a chance at a save if he could pull it off.

Should the referee have whistled play dead?

The referee is under no obligation to whistle, except if there’s a head injury, when players are allowed to receive immediate treatment.

But the referee also has the complete discretion to blow the match dead and Atkinson probably would have done so had he had more time.

“Normally when the ‘keeper goes down, we should stop the game, but mistakes happen,” Man United midfielder Bruno Fernandes said postgame. “Players make mistakes. I don’t know if the referee made one.”

You can’t help but wonder whether the referee had this instance in the back of his head when Arsenal had a penalty-kick shout just before halftime. Replays showed defender Harry Maguire to have pulled down Takehiro Tomiyasu by the arm, but there was no whistle and the same VAR who had no choice but to allow the Arsenal goal did not signal a clear and obvious error.

The debate around this goal will rage on for a few days, at least if the social media reaction is any indication: 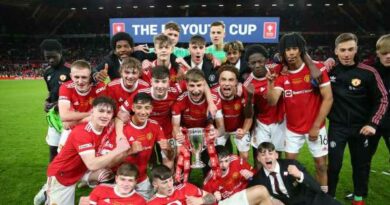 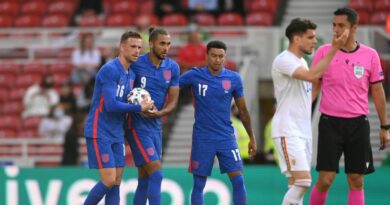