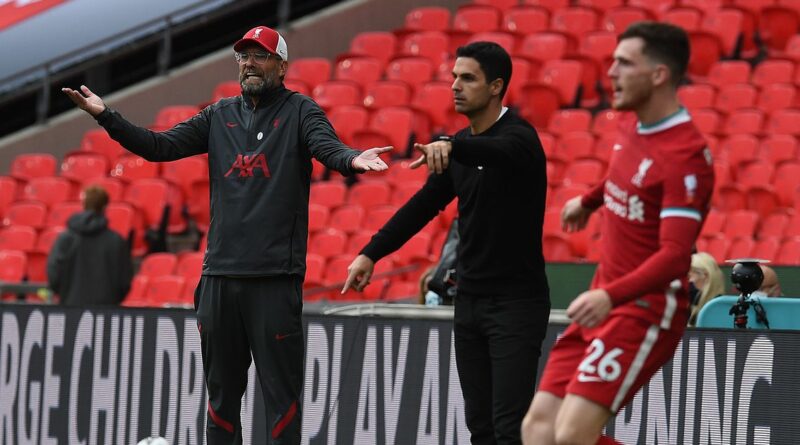 Arsenal can prove they are genuine top four contenders and not just flat-track bullies at Liverpool this weekend.

I think this is a huge game. Arsenal have got to get a result here for me. Or if they get beat, at least be competitive.

I don't want Arsenal to just be flat-track bullies. They're bang in form and playing well, but when they played Chelsea and Manchester City they got well beaten.

If they get a draw I think people start sitting up to take notice. I think Arsenal are candidates for the the top four. I really do.

But they can't go to Liverpool and get beaten the way they usually do every time they go there.

Look at the last few times Arsenal have gone to Anfield in the Premier League. They lost 3-1 twice, 5-0 and 4-0. They haven't even put up a fight.

If you want to get back into the Champions League you have to do better than that. These are the teams you measure yourself against.

Arsenal have got something to prove here. You can't just keep on beating the teams you're expected to. You have to beat the bigger teams to be taken seriously.

Don't go there, fizzle out, get beaten by two or three and never look like scoring – because then you're just going to be that team that beats the likes of Watford and Norwich.

Arsenal deserve better. They've been out of the Champions League for a long time. But that's where they belong. Go and prove it.

They can get a result at Anfield if they believe in themselves. There's no better time to go there. It's just after an international break.

And they're on fire.

Arsenal have won four in a row and haven't lost since they got thrashed by City in August. Don't go there to keep the score down.

When was the last time Arsenal went to a place like this in this kind of form? There's no excuses not to have a go.

Liverpool are conceding too many goals and have just lost to West Ham. It's a big game for them too because you don't want to be falling further behind Chelsea.

I don't think Virgil Van Dijk is fully fit and until he is, he can't play the way he normally does without Liverpool letting in goals. They're getting caught out a lot.

They are a couple of injuries away from having a struggle. But they're not in Europe, playing once a week, and if they keep their best XI fit they've got a chance this season.

They look alright at centre forward because Pierre-Emerick Aubameyang is putting a shift in and Alex Lacazette is playing well.

You've got flair out wide in Bukayo Saka and Emile Smith Rowe. You've got holding midfielders who actually hold.

Takehiro Tomiyasu has come in and done really well at full back, and Kieran Tierney is reliable on the other side.

They must think they're alright at centre back because they let William Saliba go to Marseille, and the keeper Aaron Ramsdale is much better than I thought.

But this is the test because they got blown away by Chelsea and City. Those games were over after 20 minutes really and the City one was embarrassing.

It's a big game for the players, the manager, the fans and the club.

Beware Leeds! Harry Kane's in the mood for goals

Fear for Leeds this weekend because Harry Kane is in the mood.

His goalscoring explosion for England is really bad news for them because he will want to take that form back with him to Tottenham.

People might say it was only San Marino and Albania but nobody else scored all those goals did they? Credit where it's due.

I've always said Harry Kane is up there with the best. It's not luck he scored those goals. It's cleverness. And I worry for Leeds now after that.

Cream always rises to the top. And you were just waiting for Kane to turn up this season. Once you put that ball in the back of the net it gets you on a roll.

I'd be shocked if he doesn't score this weekend. You can just see it coming. He'll be absolutely buzzing.

But forwards get goals with Antonio Conte. We've seen it at Chelsea and Inter. The centre forwards got goals. He will make sure Kane gets in the box and scores goals.

England need to find a Jorginho type midfielder to win in Qatar.

We like to play at a high tempo – but it's going to be so hot there we're going to have to keep the ball. It will suit teams like Spain who take their time.

We don't pass teams to death and we don't have a midfielder who can run games with his passing. We need to find one.

Credit where it's due though. We take it for granted sometimes thinking we're going to qualify but you have to do the job. Look at Italy and Portugal.

Italy are European champions but they could meet Portugal in the play-offs and not even get to the World Cup.

I think Gareth Southgate's job is much harder this time around. It's a year away still. There's a lot of football to be played and there are not many foregone conclusions in the squad.

If you're Conor Gallagher or Emile Smith Rowe it's a massive incentive. Jadon Sancho and Mason Greenwood, are they going to be in the Manchester United team?

You've got to keep on performing for a long time to keep your place. So it's brilliant for the fringe players because it gives them a big chance to get in there. 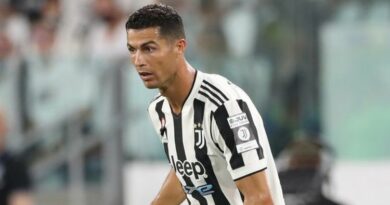