Arsenal hero Ian Wright claims the intensity of Roy Keane was a major reason behind Manchester United’s success in the 1990s and early 2000s. Keane won seven Premier League titles in a 12-year spell at Old Trafford and was captain for eight of those years between 1997 and 2005. The Irishman is widely regarded as one of the best captains and central midfielders in the history of the Premier League.

And Wright, who played against Keane for a large part of his career, has described him as the “most intense” player he faced.

Wright says it was that intensity which carried Keane’s teams onto success.

“Well the most intense I’ve played against would probably have to be Roy Keane,” Wright told Stadium Astro.

“Roy Keane was really intense, there was no let up in his manner on the pitch when he was on there with Man United.

JUST IN: Tottenham backed to sign ‘tremendous’ transfer target who is similar to Harry Kane 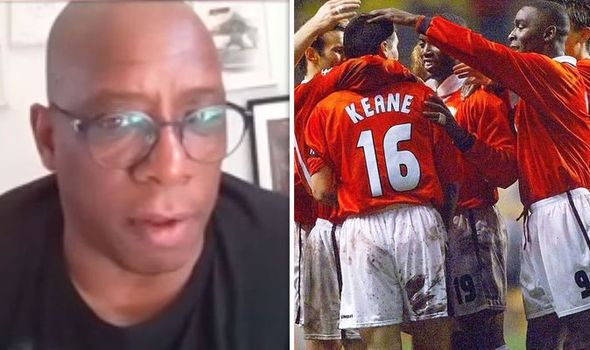 Meanwhile, Wright says former Arsenal defender Martin Keown was the most intense player he played with during his career.

Keown made almost 450 appearances in two spells at Arsenal and won seven major honours, including the Premier League title win in 2004 where the Gunners went an entire season unbeaten.

“I think when you talk about somebody I played with and intensity, Martin Keown,” Wright added. 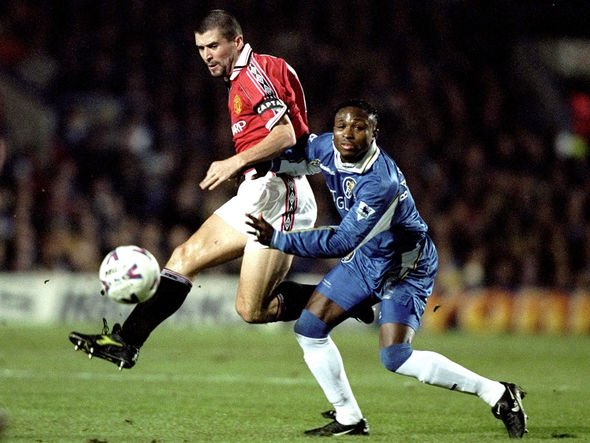 “We’re talking about no day off for him, in training he was exactly the same to how he played, which is something that I tried to take from his game because you can’t switch it on and off like a tap, the intensity you have to play at at the Premier League level and international level.

“So if you can maintain a certain intensity all the way through, whether it’s training or whatever you’re doing, even in friendlies Martin said to me you should continuously play, train like you play.

“He was majorly intense to the point where it was over-the-top intense.

“Martin was one of the most friendly men you could ever meet.

“I think when you hear him doing his analysis you can hear he’s very concise, a very intelligent bloke and maybe a little bit misunderstood.”