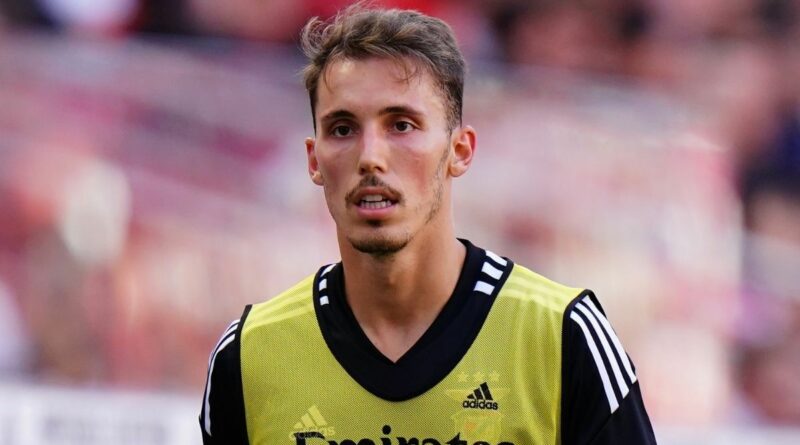 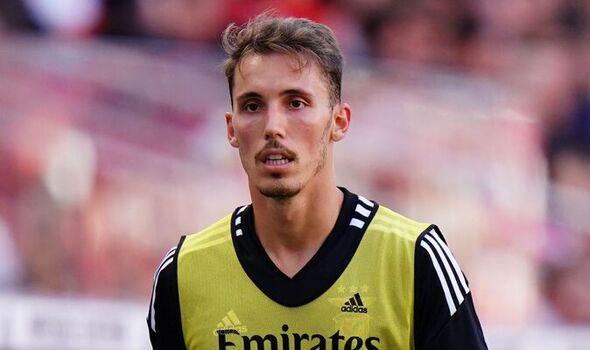 Arsenal have tabled a £6.4million offer for Benfica left-back Alex Grimaldo with negotiations now underway with the Portuguese club, according to reports. The 26-year-old has emerged as a new target for Mikel Arteta, who is upping his search for some additional cover for Kieran Tierney.

Initially, Lisandro Martinez was identified as the player ready to step in for the Gunners but striking a deal with Ajax has proven difficult.

Manchester United are now seemingly ahead of the Gunners in the race for the Argentine, meaning they could be forced to explore other alternatives.

That’s where Grimaldo comes into play. According to A Bola, Arsenal are now upping the ante after submitting their first offer for the Benfica man.

They have put £6.4m down (€7m) in a bid to sign the Spaniard, who came through the ranks at Barcelona. 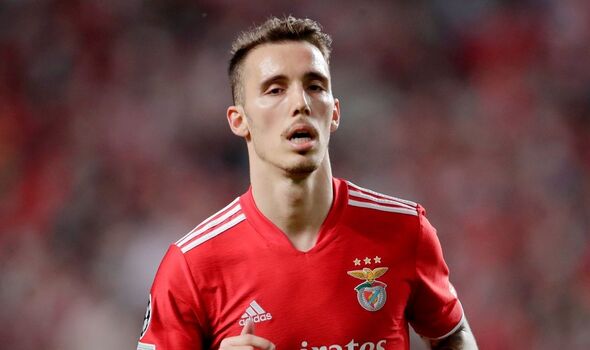 Grimaldo has been one of the most consistent full-backs in Europe since his move to Benfica in 2016 but he is yet to earn a big move.

Now could be the time for his opportunity though as Arsenal look to bring him to the Premier League.

Furthermore, Grimaldo’s dwindling contract means he could be up for grabs on the cheap this summer.

Benfica are cautious that they need to sell to avoid losing him on a free transfer in June 2023 and that’s where Arsenal are looking to capitalise.

Nuno Tavares is a loan target for Marseille, who are not yet giving up on the Portuguese youngster.

Real Sociedad, Atalanta and Lazio have also shown interest in the 22-year-old.

Arsenal have also monitored Oleksandr Zinchenko of Manchester City but he could yet remain with the Premier League champions.

The need to sign cover for Tierney was clear on Saturday when the Scotsman came off after just 30 minutes of Arsenal’s friendly win over Nurnberg.

Arteta was adamant it was all part of the plan though as he looks to rebuild Tierney’s fitness.

“He’s really good,” the Spaniard said on his full-back.

“He’s been training really good. Obviously, he’s been out for over three months now so we wanted to give him a proper warm-up, play the first half an hour and then get him out. So he was in good condition and there are no issues there.”