Transfer update: How much have Premier League clubs spent?

Arsenal are interested in signing Fulham defender Tosin Adarabioyo in the summer transfer window, according to reports. The 23-year-old is open to leaving Fulham after they were relegated from the Premier League and the Gunners are one of the clubs reportedly considering a move.

Fulham are braced for an exodus this summer, with several players set to leave Craven Cottage after their demotion to the Championship was confirmed last week.

Scott Parker’s side is made up of many loanees, with Ola Aina, Joachim Andersen, Maria Lemina, Ruben Loftus-Cheek, Ademola Lookman and Alphonse Areola all only with the club temporarily.

Parker’s future at the club is also far from certain, with the former midfielder linked with the Tottenham job following the exit of Jose Mourinho last month.

The vultures are ready to descend on the Cottagers who will be forced to rebuild in their attempts to achieve promotion back to the Premier League at the first attempt.

Anderson, who is on loan from Lyon, looks likely to seal a permanent transfer this summer, with Tottenham and Arsenal reportedly ready to go head-to-head for his signature. 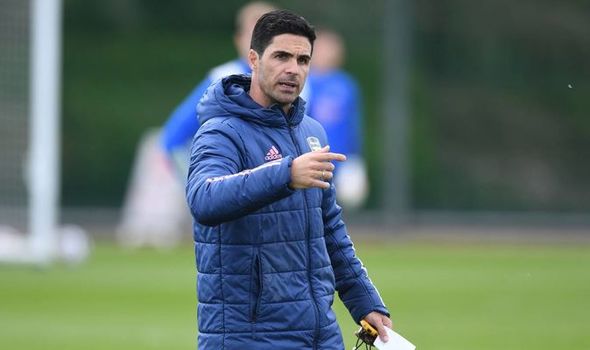 Lyon are thought to value the Danish international at around £20million, two years after the 24-year-old joined the French club in a £21.6m deal from Sampdoria.

Adarabioyo has now also emerged as a possible transfer target this summer, with The Athletic reporting that Arsenal and Newcastle have expressed an interest in his services.

The centre-back joined Fulham from Manchester City in October for an initial fee of £1.5m, rising to £2m with add ons.

The deal includes a 20 per cent sell-on clause for Man City, while he is also thought to have a buy-out clause in his Fulham contract.

Arsenal’s interest is thought to stem from manager Mikel Arteta, who worked with Adarabioyo during his time at Man City.

Although Adarabioyo only made 10 appearances for City and spent two seasons on loan with West Bromwich Albion and Blackburn Rovers, the report states Arteta knows the 6ft 5in centre-back well.

Before joining Arsenal as manager in December 2019, the 39-year-old worked as an assistant to Pep Guardiola at City for three years.

Adarabioyo has made 32 appearances for Fulham this season, forming an impressive partnership with Andersen.

Although Fulham haven’t improved enough to avoid the drop, their young inexperienced defence has caught the eye of scouts from rival clubs.

Arsenal are reportedly on the lookout for a new centre-back, with David Luiz set to leave the club when his contract expires next month.