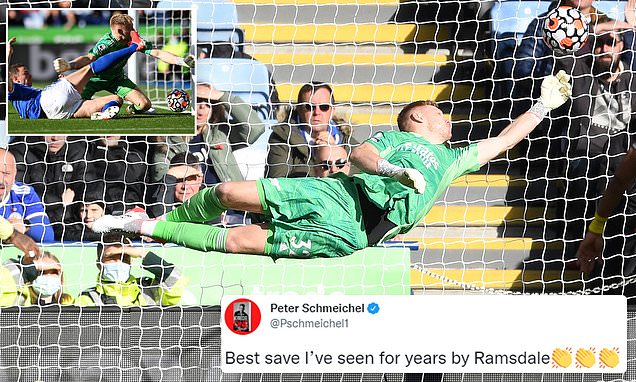 Peter Schmeichel calls Aaron Ramsdale’s STUNNING stop to deny James Maddison the ‘best save I’ve seen for YEARS’, as Ian Wright and Alan Shearer praise the Arsenal No 1 for incredible display away at Leicester

Arsenal goalkeeper Aaron Ramsdale pulled off arguably the save of the season so far to keep out James Maddison’s free-kick in their clash against Leicester.

The Gunners made a brilliant start in their trip to the King Power Stadium, taking a 2-0 lead thanks to first-half goals from Gabriel and Emile Smith Rowe.

After a sloppy start Leicester started to get back into the match and were awarded a free-kick just outside the box as Ben White nudged Maddison to the ground. 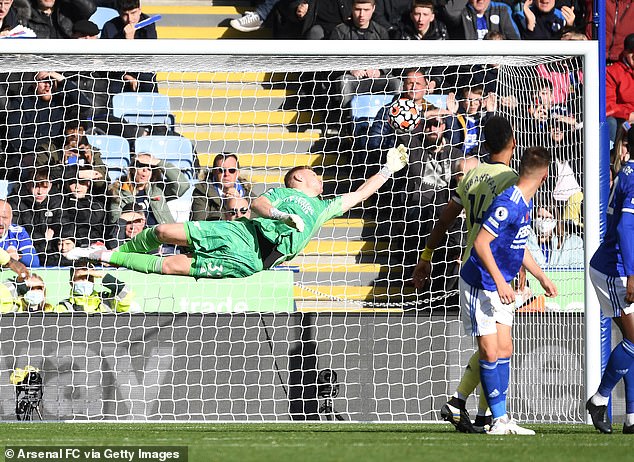 Maddison who hit a free-kick straight at the wall earlier in the half, was far better with his second attempt hitting the ball sweetly towards the top corner.

Ramsdale standing at the other side of the goal had to quickly scurry across and somehow managed to tip the ball off the crossbar.

The ball bounced down just ahead of the line and Jonny Evans rushed onto it and tried to turn home the rebound but the ball struck Ramsdale and then rolled in front of the goal-line. 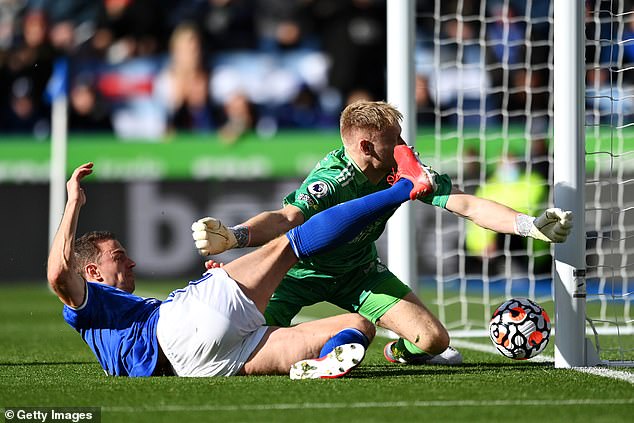 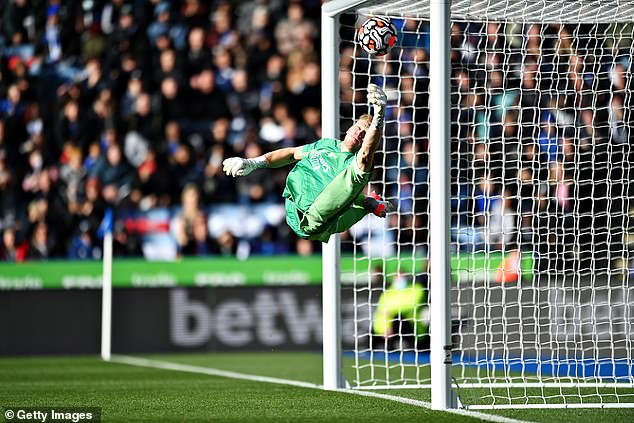 Thomas Partey was then able to clear before another Leicester play could poke home into an empty net.

Leicester players could not believe that they hadn’t pulled a goal back with Brendan Rodgers almost celebrating thinking the ball was going to hit the back of the net.

Despite his son Kasper playing for the opponents, goalkeeper Peter Schmeichel paid Ramsdale a huge sign of respect for his save from the free-kick.

He tweeted: ‘Best save I’ve seen for years by Ramdale,’ with a number of hand clapping emojis.’

Schmeichel wasn’t the only footballing personality to express their amazement at Ramsdale’s save.

Alan Shearer tweeted: ‘Wow what a save that is from Aaron Ramsdale.’

Another ex-Gunner Ray Parlour posted: ‘What a double save Aaron Ramsdale. David Seaman would have been proud of those.’

BT Sport pundits Emile Heskey and Martin Keown also praised the summer signing from Sheffield United for his save.

Heskey who played for Leicester said: ‘This is a fantastic save and to be fair he’s been brilliant. His distribution has been outstanding but this is what you get from Maddison, wonderful free kick.’

Ex-Gunner Keown added: ‘You talk about building reputations. You want to look over your shoulder and see you’ve got a proper goalkeeper and you can say that about him today. 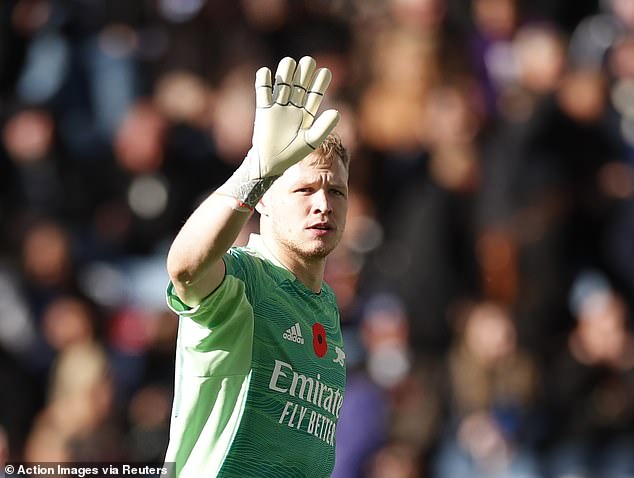 ‘Since he’s been at the club he’s been fantastic coming in to this role. He’s regularly in the England squad and he’s going from strength to strength. He’s really reliable at the moment so everybody is contributing for Arsenal today.’

Arsenal fans have also praised the keeper, who was expected to be second choice to Bernd Leno this season, for his save.

Twitter user WelBeast commented: ‘Aaron Ramsdale is in the bracket of the top 3 best goalkeepers in the Premier League. End of.’