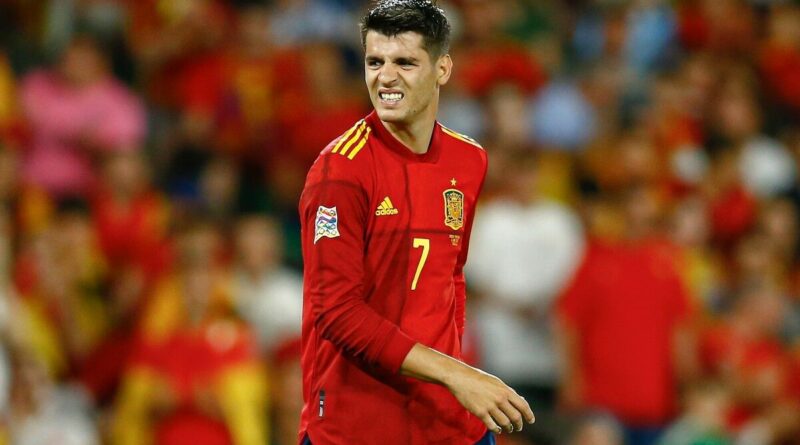 Arsenal target Alvaro Morata has insisted that he’s only interested in moving to a club who will give him regular playing time. The Gunners have been linked with a move for the Atletico Madrid striker, who is set to be on the lookout for a new club this summer with Juventus unlikely to pursue a permanent deal for the 29-year-old.

Morata, who has spent the last two years on loan in Italy, has plundered 12 goals and laid on nine assists for the Italian giants this term, but Juve are reportedly trying to thrash out a discount over a permanent move and could decide to let the former Chelsea man leave the club.

And as speculation over a potential return to the Premier League intensifies, Morata has revealed that he is prepared to go ‘wherever he needs to’ – as long as he is playing regular football.

After netting in Spain’s 1-1 draw with Portgual on Thursday night, Morata told Relevo: “It’s not up to me, I can’t do anything about it. My wife and children will follow me wherever I need to go. I do have preferences and options, but I want to go where the club is interested in playing me.”

Morata struggled to impress during his previous stint in the Premier League with Chelsea – but that hasn’t deterred Arsenal from pursuing a summer deal. The Spanish international netted just 16 league goals in 18 months before the Blues offloaded the striker to Atletico.

But after two years back in Spain, Morata was once again farmed out on a long-term loan deal to Italy, although his time at the Allianz Stadium also looks to be drawing to a close.

Arsenal are desperate for attacking reinforcements and are in the market for an elite No.9 this summer. Mikel Arteta’s side have also been linked with the likes of Victor Osimhen, Paulo Dybala and Manchester City star Gabriel Jesus in recent weeks.

Jesus has emerged as the Gunners top transfer target in recent weeks, with the Brazilian striker set to move on from City this summer in a bid to secure regular first-team football.

However, Arteta will have to bide his time in his bid to prise the 25-year-old away from the Premier League champions, with Jesus suggesting he is in no rush to decide his future after Brazil’s 5-1 win over South Korea on Thursday night.

When he was quizzed on his future, Jesus said: “I’m looking to see what’s best for me and above all, for my career. From Tuesday, we’ll see what is the best.”