Arsenal icon Arsene Wenger has insisted he has no hostility for Tottenham. The Frenchman won the 2004 Premier League title at White Hart Lane and oversaw many ferocious derby showdowns. But he’s now insisted he doesn’t harbour a grudge against Jose Mourinho’s side.

Arsenal named Wenger as their manager back in 1996, with the Frenchman leaving his job at Nagoya Grampus Eight to take over in north London.

And he enjoyed a glittering spell at the club, guiding them to three league titles as well as seven FA Cup triumphs throughout his time at the helm.

During that spell, Arsenal and Tottenham had many ferocious encounters. The Gunners won the league title at the home of their fierce rivals in 2004, something fans still celebrate to this day.

As a result, you could forgive Wenger for harbouring a special grudge against Spurs.

But, speaking to The Guardian, he insisted that wasn’t the case by saying: “Hostility no, competition yes.

“It was vital [at Arsenal] that you beat Tottenham for the respect of the club. Competition is important, as long as it’s not crazy. 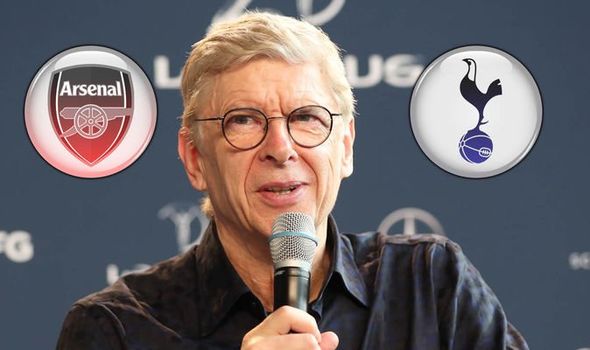 “When you [were due to] play Tottenham, at the start of the week everybody was a bit more nervous than usual.”

One trophy Wenger failed to win at Arsenal was the Champions League.

They made the final in Paris in 2006, where they faced off against a Barcelona team that possessed world superstars like Ronaldinho, Samuel Eto’o, Deco, Carles Puyol and many more.

Arsenal took an early lead that night through Sol Campbell, who powered home a header after Jens Lehmann had been dismissed.

But Barcelona turned things around late on, with Eto’o and Juliano Belletti striking to hand the Catalan giants the trophy.

When asked what the one thing he’d changed that night would be, he said: “I ask myself this question many times. 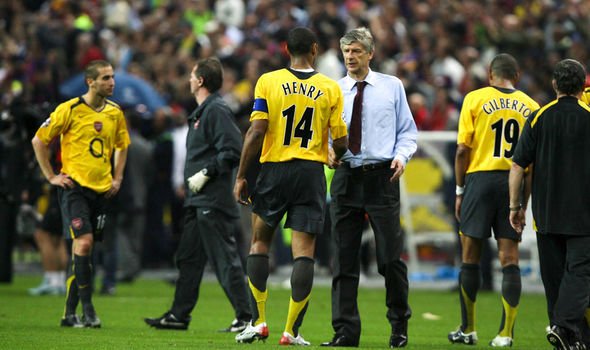 “Maybe I would just play with two central defenders in the last 13 minutes when we were 2-1 down.

“But the regret from that Champions League year is that we’d beaten Real Madrid with Zidane and Ronaldo, we’d beaten Juventus with Ibrahimovic, Trezeguet and Vieira.

“And we go into the final and we haven’t conceded a goal in the knockout stages against these teams.

“When you play the whole game with 10 men, you know the last 20 minutes will be difficult, especially against a team like Barcelona.

“But we had the chance to score the second goal two times and we missed it.

“So it’s mixed feelings. Every defeat plays on my mind. And you have to think not what you should have done, but what could you have done?”

Wenger was also asked if he’d been approached to manage England before and said: “Many times I was approached to coach the English national team. I turned it down for two reasons. Because I felt that, first of all, it’s better an English guy does it. And secondly, because I was happy where I was. I was at a club where I loved to do what I did.

“Bayern, Juventus, Barcelona… so many clubs approached me. And today, I’m proud of how I led my life.

“I served this club through the delicate period to pay the stadium back. It was not only about winning the championship, but guiding the club through a very sensitive time and going completely to the end of it.

“And that’s what I tried to do. Afterwards people said: ‘You stayed too long.’ Maybe, but [laughs] it’s not the way I felt!”

Tedesco urges Schalke to take their ‘chance’ against Manchester City