Arsenal’s legendary manager Arsene Wenger has admitted his first visit back to a Premier League ground since leaving the Gunners in 2018 could come at Tottenham after receiving an invite from Daniel Levy. Wenger’s 22-year reign at Arsenal came to an abrupt end in 2018 following a campaign from a large number of fans for him to leave.

That doesn’t overshadow his achievements at the club having steered them to three Premier League titles and seven FA Cup wins among others.

He also helped Arsenal establish themselves as the kings of north London with Tottenham very much in their shadow.

Things have changed over the past few years though with Spurs now regularly finishing above their arch-rivals. 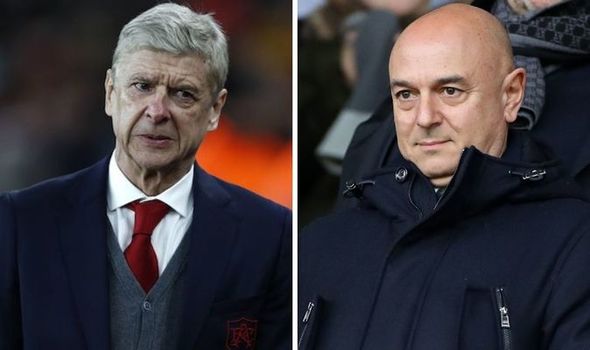 Most notable of all was when Arsenal clinched the 2004 Premier League title at White Hart Lane in their Invincibles season.

Since leaving his post at Emirates though, Wenger is yet to return to a Premier League ground.

And his first trip back to a game in England’s top-flight could well see him come face-to-face with Jose Mourinho with Tottenham chairman Levy giving Wenger an open invitation to experience the club’s new stadium.

“I will one day,” he told the Daily Mail.

What channel is Arsenal vs Leicester on? TV, live stream, kick-off

Arsenal were ‘really close’ to Coutinho before one person intervened

“Apparently, Tottenham have a fantastic new stadium. I’ve been invited by Daniel Levy.”

Wenger is currently FIFA’s Chief of Global Football Development but continues to be linked with a return to management.

However, the 71-year-old admits that would likely come in the Premier League.

“In England it’s difficult for me to go somewhere else,” he said. 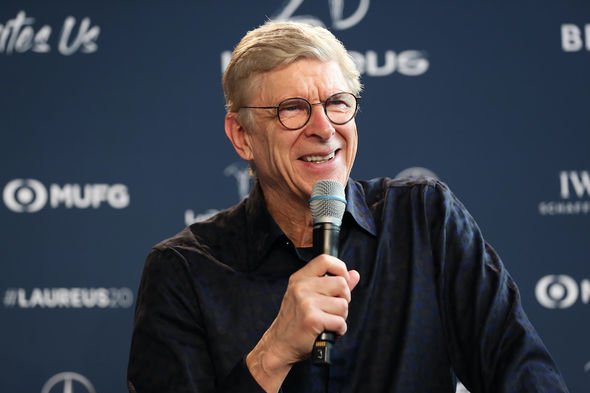 “I’m stamped Arsenal and I want to stay like that.

“When I see an Arsenal shirt, to me that is ‘we’. And I still say ‘we’. And I don’t think it exists any more, the freedom I had. But somewhere else? Maybe, I don’t know.

“It would be a special day for me.

“I would be scared I would sit on the wrong bench — like Ron Atkinson did with Nottingham Forest against us.

“It was his first match for them. I remember getting to my place and asking him, ‘What are you doing here?’