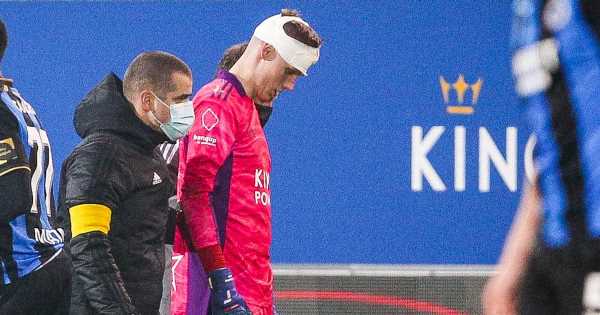 Arsenal loanee Runar Alex Runarsson was rushed to hospital after a sickening collision during a Belgian Pro League clash on Wednesday night.

The Icelander had rushed off his line to smother a loose through ball when he collided Club Brugge's Noa Lang in the 41st minute.

Runarsson initially stayed on the pitch with his head heavily bandaged, but he was forced off at half-time.

And after being checked up at a local hospital, the 26-year-old revealed the sizeable gash he received on his forehead.

OH Leuven, where Runarsson is on loan, eventually lost the clash 4-1 to the defending champions.

Runarsson made his Premier League debut for Arsenal last February, when Mikel Arteta handed him a start against Wolves.

It was Runarsson's sole top-flight appearance for the Gunners, and Arteta's side sunk to a 2-1 loss.

Arsenal fans were less than impressed with his performance against Manchester City in the Carabao Cup after the Gunners were battered 4-1.

However, he was an integral part of the side during Arsenal's run to the Europa League semi-finals.

Do you think Arsenal should cut their loses with Runarsson? Let us know in the comments section

"Runar Alex he got some of that from his father, he’s good with his feet, very good, and I think he jumped into a high pool when he came to Arsenal.

"It’s difficult if things don’t work out while you’ve got the spotlight on him after playing this game against City or Chelsea.

"Social media and everyone in England are quite ruthless, or so I’m told, and I think it can make your life really difficult if you move to a team like Arsenal and things don’t work out perfectly at the start.

"It’s probably been difficult for I’m, but I’ve seen him in training a lot, and I know he’s a fantastic goalkeeper."

Runarsson was Halldorsson's understudy for the national team, but towards the end of Halldorsson's international career, Runarsson had started to take caps off the veteran.

Halldorsson concluded: "I think it’s going to work out fine for him." 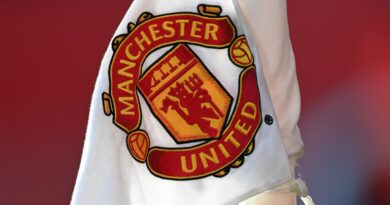