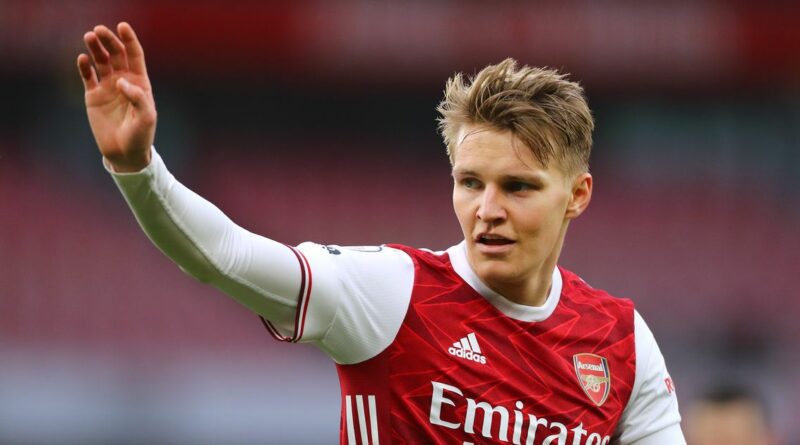 Martin Odegaard might have impressed while on loan at Arsenal in the Premier League – but he is set to be disappointed by the response of Real Madrid boss Zinedine Zidane.

The Norway captain has looked back to his best at the Emirates following a positive spell at Real Sociedad last season – having made only eight La Liga appearances for Los Blancos since his 2015 move.

On signing for Real from Norwegian outfit Stromsgodset, Odegaard trained mainly with the first-team and was tipped for a lengthy career in their senior plans.

However, the 22-year-old failed to make the desire impact, and could now leave his dream club in the summer despite his contract running until July of 2023.

90min have reported that Odegaard is understood to be ‘heartbroken’ at the thought of leaving Madrid this summer, having been made available for a transfer by the club.

Arsenal represent his fourth different loan club in the last four seasons, and he could now be sold as part of a planned rebuild under Zidane this summer.

In addition, the report adds that Odegaard would like to stay in the Premier League should his parent club not be an option, with Arsenal looking to seal a permanent deal.

Real Madrid are said to be looking for £40m for Odegaard, who would require a £200,000-a-week salary, with PSG and Inter also considering a move for the creator.

The midfielder had fans talking with a recent chat with Jurgen Klopp, but there are yet to be any firm links with a move to the Premier League champions.

"Liverpool have always been my dream club," Odegaard told Sport Bild back in 2014.

"But I will not let this affect my decision when I choose a new club.

“It's all about finding the team that is best for me and for my development.

"That is not necessarily Liverpool."

Arteta had said of his loanee last week: "I speak with him every day.

"I see his face, his body language and he seems really happy right now here.

"Our contract with him is until the end of the season. What we have to do is try to make him perform, develop and be as happy as he can be."

Virgil van Dijk fit to start for Liverpool against Southampton