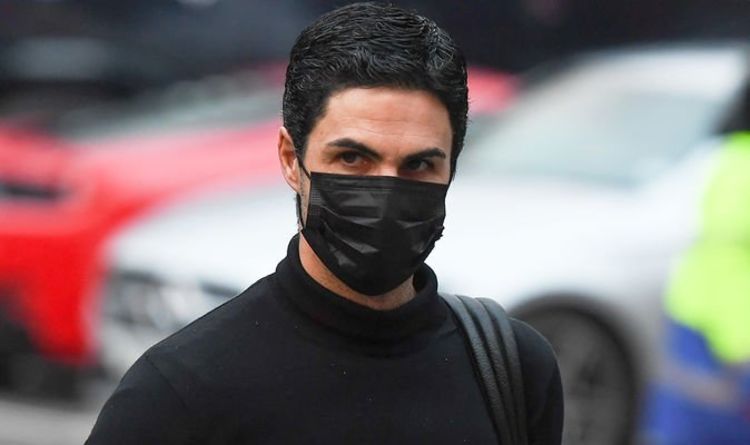 Arsenal have made ‘new contact’ with Juventus in an attempt to sign midfielder Arthur, according to reports. Arthur has been one of a number of midfielders linked with Arsenal in recent weeks. Mikel Arteta is said to have greenlighted a move for the Brazil international.

Arsenal are desperately short of midfield options and are looking into the market for reinforcements.

Thomas Partey and Mohamed Elneny are at the Africa Cup of Nations and Granit Xhaka has been isolating after testing positive for Covid.

That left Albert Sambi Lokonga and 18-year-old Charlie Patino as the only central midfield options for the FA Cup third round loss to Nottingham Forest last Sunday.

But it appears the Gunners are making movements in their attempts to solve that problem.

JUST IN: Chelsea confident ‘compromise can be reached’ to fulfil Tuchel transfer wish

Juventus ace Arthur has been linked with a loan move to the Emirates.

Italian outlet TuttoMercatoWeb now claims Arsenal have made fresh contact with Juve in an attempt to sign the player.

Arteta has given a thumbs up to get a deal done and the player is also keen on the move.

Now it depends if Juve are willing to accept Arsenal’s proposal.

Arthur has made just seven appearances in Serie A so far this season, four of which were as a substitute.

He joined the Italian giants in the summer of 2020 in a deal which saw Miralem Pjanic head in the opposite direction to Barcelona.

Arthur still has three-and-a-half years remaining on his contract in Turin.

There is no mention from TuttoMercatoWeb over the nature of the deal Arsenal are proposing.

He was a regular at Barca when they won La Liga in the 2018/19 season but was part of the Juve team last term who failed to win Serie A for the first time in 10 years.

Speaking at his press conference on Wednesday, Arteta insisted he will try to use the market where possible this month.

“What I really want this month is that we have as many players as possible fit and healthy and that we do the best and maximum with those players,” he said.

“After we have a strategy of how we want to evolve and improve the team, and whenever that is possible we are going to try to do it.

“We all know that this market is extremely difficult.”