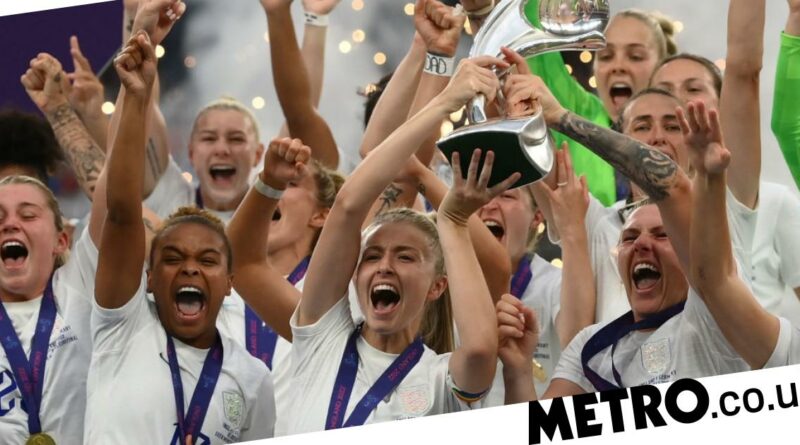 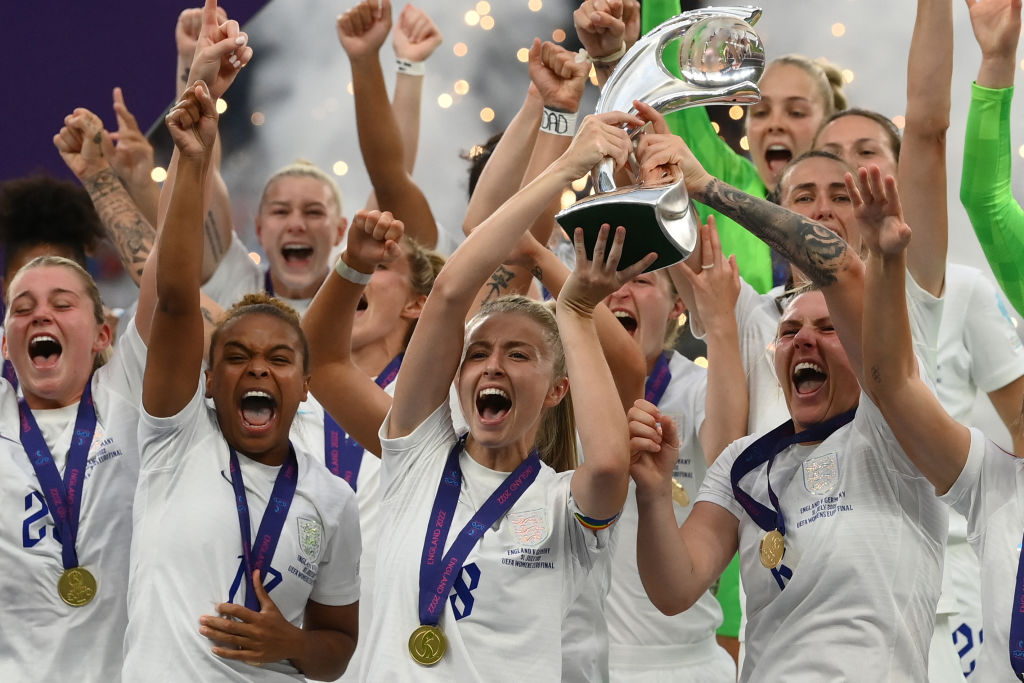 Substitute Chloe Kelly scored the winner in extra-time after Lina Magull set up a nervous ending by cancelling out Ella Toone’s opener in normal time.

This is England’s first-ever European Championship triumph and the country’s first major trophy in the sport since the 1966 World Cup.

Arsenal boss Eidevall was on pundit duties for BBC and singled out two of his own players for praise after England’s historic Euros victory.

Mead was named Player of the Tournament and the Golden Boot winner after England lifted the trophy, while Williamson captained the team to glory, enjoying a brilliant tournament in the process.

‘England were a team clear on their roles,’ Eidevall said. ‘They have been very good throughout the tournament.

‘Beth Mead has been incredible in these Euros. Leah Williamson as well, she hasn’t put a foot wrong. And she’s still so young.

‘This is the first time starting games in a major tournament. As a captain she’s been a phenomenal leader.

‘It comes to clearness and communication. I spoke to some of my players before the Euros. Sarina Wiegman had one-to-one talks with each of them – “I see you as a starter, I see you as a impact player”.

‘They knew before they were coming in what was expected of them. Once I heard that I immediately had a feeling this is going to be a great Euros for England.

‘I hadn’t worked with Beth Mead before. Same with Sarina Wiegman. She could start with a fresh piece of paper on club and national level. She’s benefitted from that.’

Mead’s brilliant tournament comes 12 months after she was left out of Team GB’s Olympic squad for the Tokyo Games.

‘I can’t believe it, sometimes football puts you down but bouncing back is the best way and that is what we have done,’ she said.

‘I am speechless, I can’t take it all in, I am still in shock. I can’t believe we’ve won it, I just can’t, it’s mad. I am so, so proud of this team. I love this team and I love this country.’

Former England and Arsenal defender Alex Scott, meanwhile, struggled to contain her emotions as she watched the players celebrate on the pitch.

‘This is a dream, an absolute dream for every young girl that dreamt of playing football. It’s incredible,’ she said.

‘Every single player has played a part. Nikita Parris, who came on at the end, came on to do a job for the team and the way teams play as a whole determines its success.