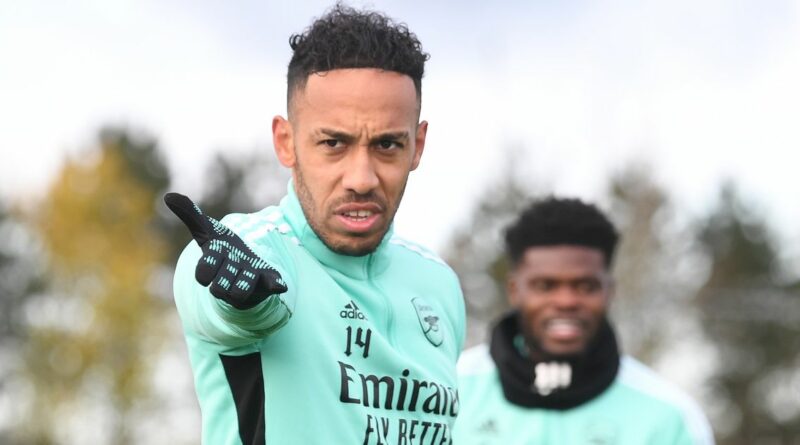 Pierre-Emerick Aubameyang has lashed out at "false rumours" on social media after he left Gabon's AFCON squad to return to Arsenal after scans picked up 'cardiac lesions' following a positive Covid test.

The former Gunners skipper was not able to play in their opening fixture against Comoros or second clash against Ghana on Friday with the national side not willing to take any risks.

Gabon said: "The Gabonese Football Federation has decided to put the players Pierre-Emerick Aubameyang and Mario Lemina at the disposal of their clubs to continue the in-depth examinations."

That came after Aubameyang had tested positive for Covid-19 on his arrival in Cameroon, having only recently been stripped of the Arsenal armband by Mikel Arteta.

Following his departure from the tournament alongside team-mate Mario Lemina, the 32-year-old took to social media after Gabon had beaten Comoros and drawn with Ghana.

Aubameyang wrote: "We have problems that are already complicated to solve, then on top of that there are rumours, in short, we have health to take care of first and foremost.

"I won't go back on these false rumours and I sincerely hope that our team will go as far as possible."

Should Arteta bring Aubameyang back into his Arsenal side? Give us your thoughts in the comments section

Aubameyang's position under Arteta at Arsenal has now come back into focus, with the Spaniard giving his latest thoughts on the situation at the turn of the year.

He said: "For me it’s not about being right or wrong it’s about making the decisions that you believe are a consequence of what you’re asking them to do. As I said we’ll go game by game.

"At the moment he’s gone. He needs to focus on the national team. We had the conversation that that was the best way to do it."

Having said of the decision to take the armband off the forward: "We have made this decision that unfortunately is a really tough one.

"If I had to choose I wouldn't like to be sitting here talking about it, but we had to do it.

"When we have to make that decision, it's because it's the right one to defend the interests of the football club."