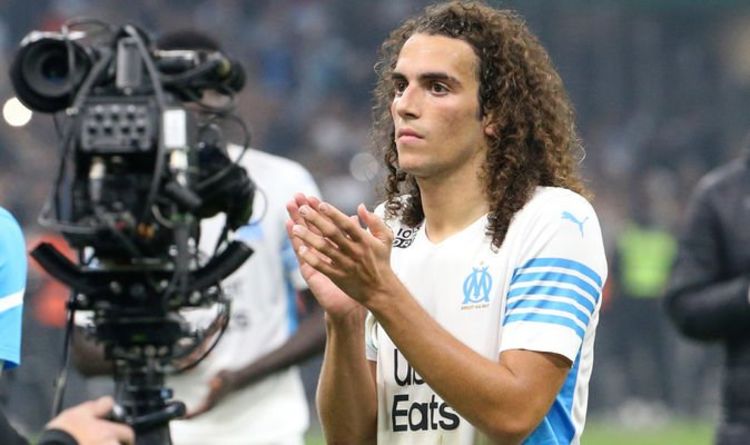 Matteo Guendouzi has revealed his long-term future lies away from Arsenal. The midfielder is currently on loan at Marseille after being exiled by boss Mikel Arteta and does not see himself playing for the Gunners again.

The Frenchman had initially established himself as a key player for Arsenal when he joined from Paris Saint-Germain in 2018.

The midfielder clashed with Maupay after the final whistle after he was heard mocking Brighton players by saying he’ll ‘earn more than they ever will’.

Question marks had already been raised about Guendouzi’s attitude and the incident didn’t do him any favours in his battle to win over Arteta.

He was immediately excluded from training and sent to the reserves before being loaned out to Hertha Berlin last season.

The 22-year-old played regular football for the Bundesliga side and was a key performer, though familiar problems plagued his time there.

Hertha Berlin boss Pal Dardai criticised Guendouzi publicly by admitting he was ‘rebellious’ at times and even said it felt like he was ‘going through football puberty’.

However, Guendouzi has fared much better in Marseille and is enjoying his current loan spell having played in every one of their games this season.

His form has seen his regain his place in the France setup and has led to questions if he could salvage his Arsenal career.

But Guendouzi has made his intentions on leaving the club clear.

Speaking ahead of France’s World Cup qualifier against Kazakhstan, he said: “I am on loan and still linked with Arsenal, but on the other hand my focus is with Marseille.

“I want to be part of the long term with Marseille because I feel very comfortable and I want to continue to have fun with them.”

Guendouzi also believes his chances of securing a place in the France team have been boosted by his return to Ligue 1.

He added: “Yes, because Marseille are the biggest French club, they are a very popular club abroad.

“I was already followed when I was at Arsenal, but I have felt my notoriety climb since I have been at Marseille.

“I am greatly proud to be there, I am in one of the best squads in the world, I learn and I progress.

“I hope to be here for the long term, to make as many squads as possible, to win trophies with the team. The most important thing is to be here long term.”