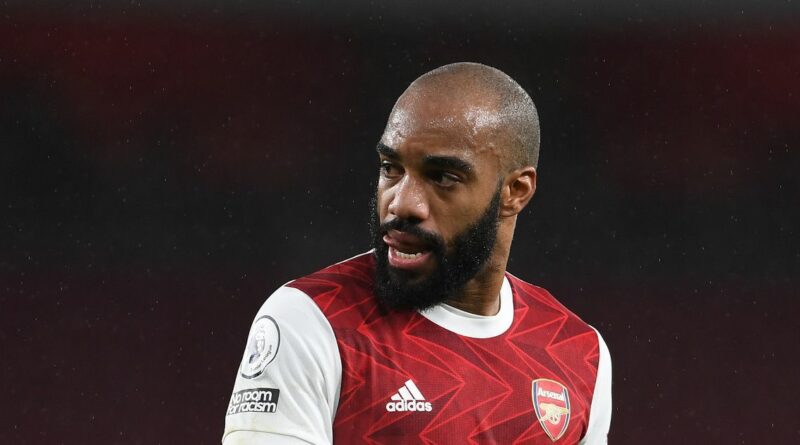 Arsenal have seemingly not learned from the contract saga they endured with Pierre-Emerick Aubameyang, as they are now planning to follow the same strategy with Alexandre Lacazette.

It took months of negotiation and uncertainty before Aubameyang finally put pen to paper on a three-year extension in September, with just nine months remaining on his deal at the time.

Lacazette, 29, still has 18 months to run on his contract, but Mikel Arteta has confirmed Arsenal will not be entering discussions with the Frenchman until the end of the season.

"We will talk in the summer and make a decision on what is going to happen," Arteta said. "We haven't talked about anything relating to his contract."

The tactic once again leaves Arsenal vulnerable to losing one of their prized assets for a cut-price, if Lacazette chooses not to extend his stay.

Arsenal lost Aaron Ramsey for nothing two years ago after he was allowed to enter the final 12 months of his contract, while the Aubameyang situation should have served as a final warning.

It looked as though Lacazette would be sold last summer, with Atletico Madrid and Juventus both linked with a move.

The Gunners could have commanded a significant fee for the striker – who cost them an initial £46.5million in 2017.

Lacazette has been in and out of the side under Arteta since his appointment as manager, but has worked his way back into regular contention of late with some good performances.

Should Arsenal extend Lacazette's contract? Have your say below.

He has been on target in each of Arsenal's last four matches, including a brace in Saturday's win over West Brom, which took his tally for the season to nine in all competitions.

Discussing his forward's contribution, Arteta said: "I'm delighted with the way he is performing, the goals he is scoring and the form and energy he is in at the moment.

"He needs to keep doing that."

How Ronaldo stays so ridiculously ripped

Chelsea player ratings vs Everton: Billy Gilmour shines but team-mate gets a 9