The 26-year-old has impressed Arteta during his five seasons in La Liga and according to The Sun, the defensive midfielder is the Spaniard’s number one transfer target.

Despite already having Lucas Torreira and Matteo Guendouzi, Arteta feels Partey would provide good competition for a starting place in central midfield.

The Ghana international has been a key player for Atletico boss Diego Simeone this campaign.

He has made 35 appearances in all competitions this season and despite being a defensive midfielder has also chipped in with three goals and an assist.

JUST IN: Jadon Sancho set to be offered huge Dortmund deal to fend off Man Utd or Chelsea transfer 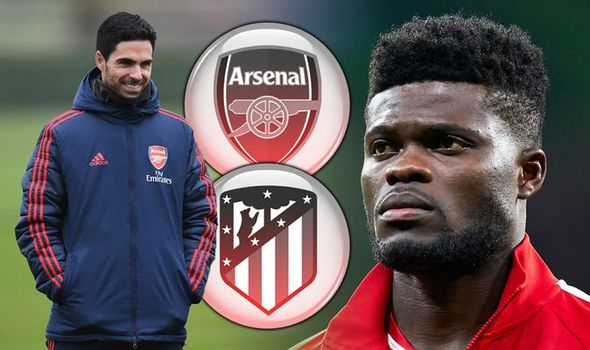 Partey has featured in every Champions League game for Los Rojiblancos this campaign and he also played every minute of their sensational 4-2 last 16 victory over Liverpool.

The £50million-rated star has three years remaining on his current contract and Atletico want to tie him down to a new deal.

However, Arsenal hope the offer of Lacazette could tempt the La Liga club to sell Partey, as Atletico failed in their attempts to sign Edison Cavani from Paris Saint-Germain in the January window.

Lacazette has struggled to hold down a regular starting spot for the Gunners under Arteta and has scored nine goals in 26 games in all competitions, with six of those appearances coming off the bench.

However, the 28-year-old France international still has a very good scoring record for Arsenal and has found the back of the net 45 times in the 114 appearances he has made for the north London club.

But Arteta knows he has two young strikers wanting to prove themselves, in 18-year-old Gabriel Martinelli and 20-year-old Eddie Nketiah.

Martinelli has had a stunning debut season since arriving from Brazilian side Ituano last summer for a fee of around £6million. 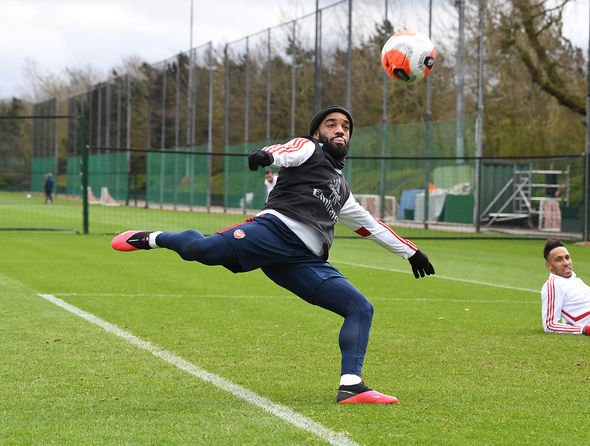 So far this campaign the Brazilian has scored 10 goals and provided four assists in 26 games with the majority of those appearances being played on left-wing rather than his prefered role as a striker.

As for Nketiah, the England Under-21 international spent the first half of this season on loan at Championship side Leeds United.

And while the youngster scored five goals in 19 games for the Yorkshire club, 15 of those appearances came off the bench.

As a result, Nketiah was recalled by Arteta in January and has not only scored goals to help the Gunners progress in the FA Cup but has also been rewarded with minutes in Premier League matches too.

The art of movement: Arsenal great Ian Wright on playing with Dennis Bergkamp and scaring defenders 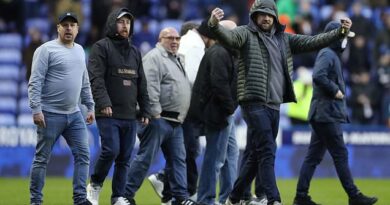 Reading fans storm the pitch in protest after Coventry defeat